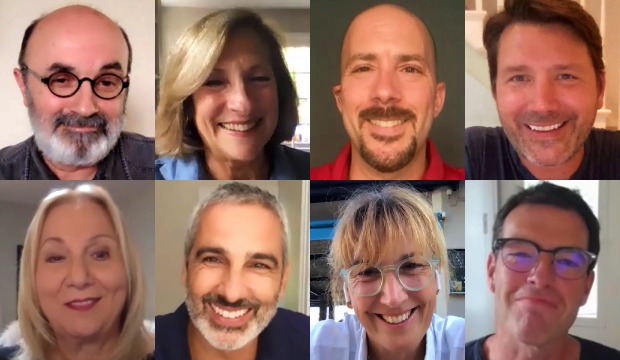 There are a record eight nominees for Best Drama Directing at the Emmy Awards this year. Gold Derby spoke with each of them this summer; click the links below to watch the full video interviews. Here is what they had to say about the specific episodes of “The Crown,” “Homeland,” “The Morning Show,” “Ozark” and “Succession” that are attached to their nominations:

Benjamin Caron (“The Crown” season 3): “Aberfan”
“It’s my best work — hands-down the best piece of directing work I’ve ever done in my career. It stands alone and I’m most proud of it. […] All the performances in ‘Aberfan’ are exemplary and Olivia [Colman]’s queen disassembles before our eyes throughout the film. Olivia naturally and understandably had a very emotional reaction to the script. We had to find imaginative ways to mitigate her real upset.”

Jessica Hobbs (“The Crown” season 3): “Cri de Coeur”
“I particularly related to Margaret‘s story. I related to the age that she was, the situation that she found herself in about being second in the family. There were so many personal notes that I wanted to explore and particularly from a female perspective what it is to start feeling invisible. No matter how famous you are in the world or what your position is, it is something that has a particularly female voice attached to it.”

Mimi Leder (“The Morning Show” season 1): “The Interview”
“As the characters were reaching this crescendo, it was an episode that truly represented what the show was about. […] The finale is the big payoff of what you birthed and so, the baby has grown and here it is and here are all the colors and here it is through our lens, through a female lens. […] We really strove for authenticity and a grounded reality in this high, almost operatic world and the finale felt like an opera.”

Alik Sakharov (“Ozark” season 3): “Fire Pink”
“I really, really, really thought that dramatically, that episode was so intense and it felt like a very succinct standalone film, like a small, little installment that could be shared independently. Even though you may not know the story arc, you may see that episode and be moved by it, because of what happens within the confines of that particular hour and what decisions had to be made by the main protagonist Wendy in reference to her brother.”

Ben Semanoff (“Ozark” season 3): “Su Casa Es Mi Casa”
“Any time that you’re working on a mid-season episode, you’re always challenged with trying to keep the audience engaged. […] Such a significant, impactful scene right at the head of the episode […] presents a challenge in order to then keep the rest of the episode engaging and not at that same level. We start at a 10, then I need to bring it back down and slowly build again, so that we can reach that climax.”

Mark Mylod (“Succession” season 2): “This is Not for Tears”
“Where are we going to? Where is the character at the end of the season? And we work backwards from there and Jeremy [Strong]’s preparations works back from there and then you can extrapolate and tie in the run/the arc of the character through the season accordingly, so that we can earn that place at the end of the season and hopefully pull of a surprise, in the case of season two, that felt earned by the character.”

Andrij Parekh (“Succession” season 2): “Hunting”
“When I first got the episode, I was like, ‘Wow, this is intense.’ It’s psychological terror and I was interested in seeing how far we could push the insanity of it. We had a safe word on set — talked to all the actors, made sure that everyone was okay with what we were doing. I was asking a lot from the actors and they really needed to trust me and trust that I would really protect them because the situation is quite awful.”