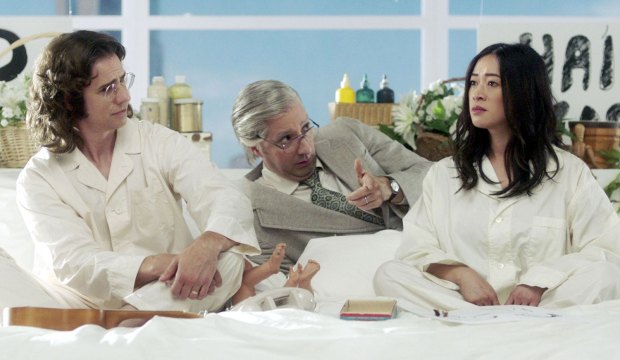 Comedy Central dominated the Emmy race for Best Variety Series through most of the 2000s thanks to the indomitable “The Daily Show with Jon Stewart” and its successor “The Colbert Report.” But the category was split between talk shows and sketch shows starting in 2015, and since then Emmy voters’ favor has shifted to HBO’s “Last Week Tonight with John Oliver,” which won the talk prize for the last four years, and NBC’s “Saturday Night Live,” which won the sketch award for the last three. Can “Drunk History” bring the sketch series title back to the cable network?

“SNL” seems unbeatable these days in the sketch category, routinely showing up at or near the top of the nominations tallies for all shows on television, right up there with the technically audacious production values of shows like “Game of Thrones” and “Westworld.” But Comedy Central actually beat the venerable “SNL” the first two years the Emmys presented an award specifically for sketch comedies: “Inside Amy Schumer” won in 2015, and then “Key and Peele” prevailed in 2016.

SEEFrom a distance: ‘The Daily Show’ host Trevor Noah has been right at home doing shows from home [WATCH]

The “SNL” juggernaut began in 2017 after the 2016 presidential election made the show’s political satire especially resonant. But “Drunk History” has been waiting in the wings. The show features comedians recounting important historical events while plastered, inter-cut with reenactments based on those inebriated retellings. It has racked up 14 nominations to date and has been nominated every single year for Best Variety Sketch Series (2015-2019). That makes it the only show besides “SNL” to have been nominated every single year the category has been presented.

And “Drunk History” has picked up additional noms in Creative Arts categories including two for its directing (2017, 2019) and four for its editing (2016-2019) — not surprising given the show’s witty splicing of its tipsy stories and storytellers. And it won for its costumes in 2015. So we should take it seriously in the top category. And if it does finally prevail, creator Derek Waters and company could drink to celebrate and then make an episode about it.