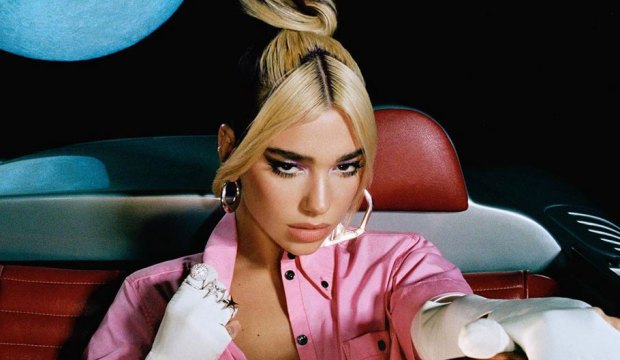 It’s official: there’s no sophomore slump for British singer Dua Lipa. Her single “Don’t Start Now” became the highest charting of her career on the Billboard Hot 100 singles chart, and then the rest of her album, “Future Nostalgia,” dropped on March 27 to some of the year’s best reviews. Have you listened to her latest collection?

As of this writing “Future Nostalgia” has a MetaCritic score of 88 based on 17 reviews thus far, all of which are positive. That makes it the third highest rated album of the year to date. And its 16 points better than the still-impressive 72 she scored for her self-titled debut album in 2017.

Critics are calling the album “sensational,” “breathtakingly fun,” “ambitious” and “sophisticated.” It may seem unusual “to be as happy as Dua Lipa’s second album makes you” at a time when music listeners are either sheltered in place to avoid spreading coronavirus or still going to work in essential jobs despite the pandemic, but maybe it’s “the right time” for this album after all. It’s “the perfect balm for a stressful time.”

SEEGrammys 2021: Who will be nominated for Album of the Year? Make your early predictions right now

So what about the Grammys? They’re almost a year away, of course, but the eligibility period is more than half over. Will she make the cut for Album of the Year? She won both of her nominations in 2019: Best New Artist and Best Dance Recording (“Electricity” with Silk City), so she’s undefeated thus far. And the last two Album of the Year prizes have gone to young women loved by critics: Kacey Musgraves (“Golden Hour“) and Billie Eilish (“When We All Fall Asleep, Where Do We Go?”).

What do you think of “Future Nostalgia”? Check out some of the reviews below, and join the discussion on this and more with your fellow music fans.

SEECritics are raving about The Weeknd’s ‘After Hours’: Reviews say it’s a ‘lavishly ornamented fallout shelter’ for our times

Helen Brown (The Independent): “Her sensational second album ‘Future Nostalgia’ … channels the zingy, electro-ambitions of the 1980s with remarkable freshness, given that the decade’s revival has now lasted about twice as long as the original period. Her nods to Madonna, Olivia Newton John, Prince, Debbie Harry and Nile Rodgers are direct and unblinking – mercifully free from the raised eyebrow of irony.”

Chris Willman (Variety): “Is it wrong, right now, to be as happy as Dua Lipa’s second album makes you? Is this any time to celebrate pop music at its most ebullient, when we should be bullish on meditation? Shouldn’t we be focusing our attention on weightier matters than how to all guiltlessly throw ourselves a solo disco party? … ‘Future Nostalgia’ seems like the exact right record at the exact wrong time — which maybe makes it the right time after all.”

Brittany Spanos (Rolling Stone): “‘Future Nostalgia’ is a breathtakingly fun, cohesive and ambitious attempt to find a place for disco in 2020. Incredibly, Lipa is successful: the upbeat album that she decided to release a week earlier than planned is the perfect balm for a stressful time … ‘Future Nostalgia’ only fails when it sounds too tied to the pop trends of 2020: ‘Cool’ and ‘Boys Will Be Boys’ lack the rest of the album’s warmth.”