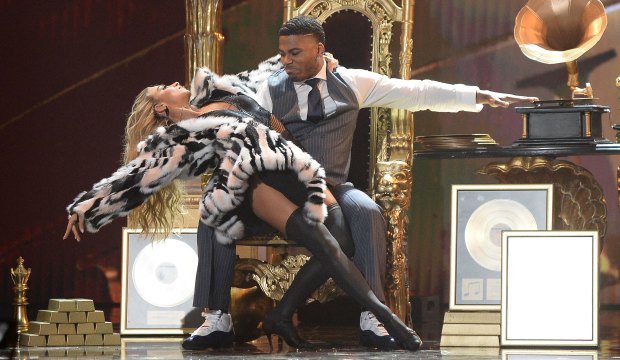 The freestyle routines are always the most anticipated on “Dancing with the Stars” because they take the best dancers of every season and let them run wild with performances where there are no rules. No need to stay in a particular hold or refrain from lifts — skill and entertainment value are all that matter. That’s one reason why they’re often so decisive: the viewing audience never has a better chance to get to know the celebs on the dance floor. Watch Nelly, Kaitlyn Bristowe, Nev Schulman and Justina Machado‘s final routines below.

Indeed, this year’s freestyle performances were uniquely suited to each celeb. Nelly blended ballroom with hip-hop for routine set to Megan Thee Stallion‘s “Savage” and The Notorious B.I.G.‘s “Hypnotize.” Then the elegant and refined Bristowe channeled her inner Nicole Kidman for a performance to “Sparkling Diamonds” from “Moulin Rouge!” Showman Schulman followed in Gene Kelly‘s footsteps with “Singin’ in the Rain.” And Machado celebrated her Latina pride to Jennifer Lopez‘s “Let’s Get Loud” and The Gypsy Kings‘ “Bamboleo.”

But did those performances make much of a difference when it came to the final results? It’s hard to say. All four of them received perfect scores of 30 out of 30 from the judges, and at the end of the night Bristowe, Machado and Schulman were tied at the top of the leaderboard. But when viewer votes were counted it was Bristowe who prevailed with Schulman coming in second, Nelly third, and Machado fourth. Do you think that was the right order after their performances on Monday night? Watch them below, and vote in our poll at the bottom of this post.

SEEFall in love with Derek Hough for the night: This ‘Dancing with the Stars’ finale performance made us miss him as a pro