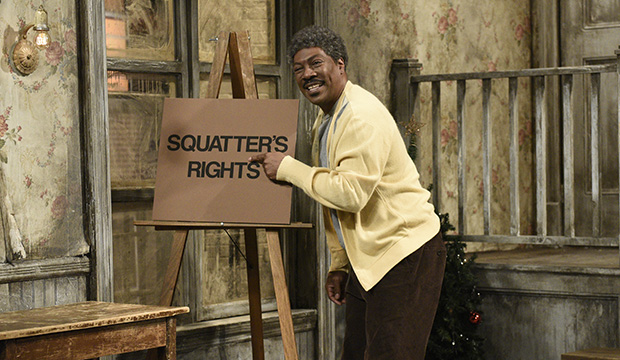 This was Murphy’s fifth Emmy bid; he earned three (two for acting, one for writing) during his tenure at “SNL” from 1980-84, and a fourth for producing the animated series “The PJs” in 1999. His hosting stint in December marked the first time he returned to the sketch series in 35 years. The milestone episode scored “SNL’s” its highest ratings in nearly three years as Murphy busted out some of his classic characters, including Buckwheat, Gumby and Mister Robinson, for maximum nostalgia.