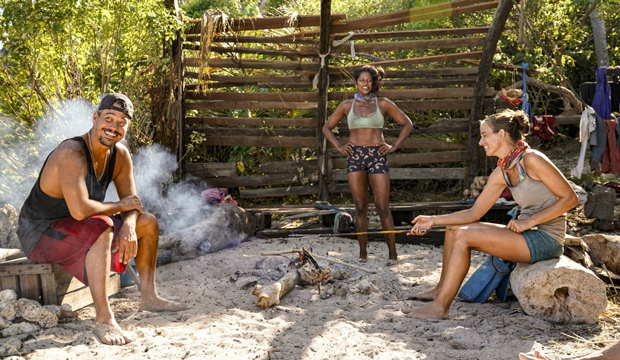 The highly anticipated “Survivor” return challenge is coming up soon, which means one of the inhabitants at the Edge of Extinction is about to re-enter the game for a shot at winning the $2 million prize. With Sandra Diaz-Twine calling it quits last week, there are currently eight voted-out castaways living on Extinction Island: Natalie Anderson, Amber Mariano, Danni Boatwright, Ethan Zohn, Tyson Apostol, Rob Mariano, Parvati Shallow and Yul Kwon. However, thanks to Season 40’s new fire token twist, both Boston Rob and Natalie might have an edge — pardon the pun — in the return challenge because of their growing piggy banks.

SEE‘Survivor’ preview trailer: Ethan desperately wants to ‘get back in the game’ [WATCH]

During last week’s episode, the deserted islanders were informed that there were four fire tokens hidden on the cliff, which instigated a wild goose chase of sorts. We followed Tyson as he found one fire token and shoved it down his undies, and then soon after Boston Rob demanded that everyone strip down to reveal who had the others. As it turned out, Rob was the person who found the other three fire tokens, but the Godfather chose to keep that information secret.

Natalie was the first contestant voted out of “Winners at War,” so she went to Extinction Island with zero fire tokens after bequeathing hers to Jeremy Collins. She soon built up a collection of wooden coins by selling an immunity idol to Sandra, a safety advantage to Jeremy and a steal-a-vote advantage to Sarah Lacina, before earning her fourth during the Edge of Extinction log challenge.

The Edge of Extinction price list offers both “strategic” and “luxury” choices for the voted-out players. There are two “strategic” options: an advantage in the return challenge for one fire token (maximum of three advantages) or an immunity idol with full power for three tokens. As for the “luxury” options, the following are available for one fire token apiece: one pizza, jar of peanut butter, bottle of wine, six-pack of pack cold beer and a hammock. As we saw recently, Tyson spent a wooden coin on peanut butter because of its “great nutritional stuff.”

Will Natalie and/or Rob decide to use their fire tokens on advantages to help them come out victorious in the return challenge? Or will they risk them on purchasing an idol they may not get to use? We’ll all find out soon enough. Here’s a closer look at the Edge of Extinction fire token tally: