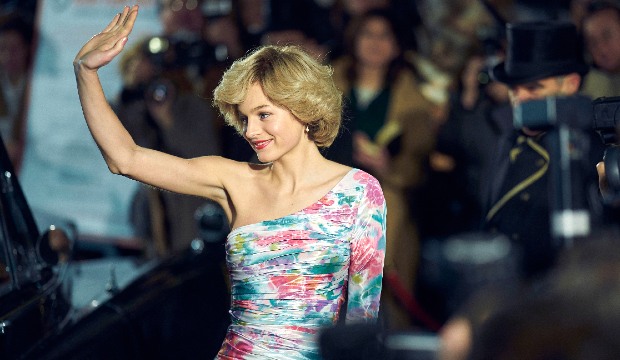 Editor’s note: Corrin has been upped to lead at the Golden Globes.

In a season of “The Crown” filled with a trio of award-winning actresses — Olivia Colman, Helena Bonham Carter and Gillian Anderson — it is newcomer Emma Corrin who is grabbing the attention of critics for her portrayal of Diana, Princess of Wales. Corrin’s characterization of “Shy Di” has been buzzed about since the first promotional photos were released, and critics agree that she not only looks the part but captures the young royal’s essence.

Reviewers have written of Corrin’s “miraculous” performance and her ability to make a difficult role “look effortless.” With so much of the season centered on Diana’s tragic story, “anything less than excellence on Corrin’s part may have tanked the season.” Thankfully, “she more than rises to the challenge.”

With “The Crown” being such an awards-friendly series, some are already speculating whether Corrin can earn her first nominations at the upcoming winter award shows. The actress is currently in sixth place for a Golden Globe nomination in Best TV Supporting Actress, according to Gold Derby odds. She is trending upward at the moment, and as more viewers watch Season 4 of the Netflix drama, she may enter the top five relatively soon.

One might expect she replaces Bonham Carter, who is currently in fourth but does not have as much to do this season compared to Corrin and Anderson, the current category frontrunner. What gives Corrin an extra boost is how much the Golden Globes love new, rising stars like her.

Corrin might even manage an individual Screen Actors Guild Award nomination. She will almost surely earn a bid as part of the show’s cast in the Best Drama Ensemble category, but Gold Derby odds indicate she is very close to entering the Best Female Drama Actor field. Corrin ranks seventh at the moment, with Colman, Anderson and Bonham Carter all among the predicted five nominees. Again, if Bonham Carter slips out and SAG voters are truly head over heels for this season of “The Crown” then Corrin may just take up that slot on nomination morning.