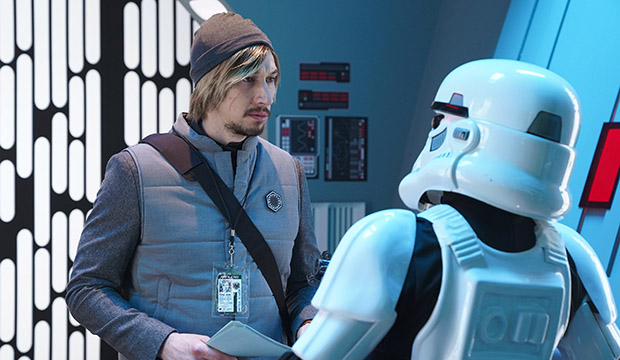 A serious actor like Adam Driver may not seem like the perfect fit for “Saturday Night Live,” but each of his three hosting stints has shown the full range of his comedic abilities. He is nominated in Best Comedy Guest Actor for hosting the Jan. 25 episode of “SNL,” which marks his fourth bid overall, following three consecutive nominations, from 2013-15, for his supporting performance on HBO’s “Girls.”

In his episode, Driver shows up in the cold open as Jeffrey Epstein, delivers a monologue about just how serious he is (to great comedic effect), and reprises his role as his “Star Wars” character, Kylo Ren, going full “Undercover Boss” as Randy the intern. He blends in seamlessly with the repertory cast as a dad trying to figure out who clogged the toilet among his daughter’s friends, an exasperated host of a science program, a cheerleading coach, a Medieval Times actor who takes things way too seriously, and a ketchup bottle getting ready to marry another ketchup bottle. The episode leans into how intense he can be as an actor, and Driver shines as both a lead performer and a member of the ensemble.

But can Driver actually take home his first Emmy this year? Let’s weigh the pros and cons.

If Emmy voters are diligently watching episode submissions, Driver’s will undoubtedly stand out as one of the laugh-out-loud funniest. There’s something to be said for an actor who frequently takes on hefty dramatic roles letting go of any ego and goofing around without it feeling forced. Even the best of actors can sometimes feel a bit self-conscious in the live-wire environment of “SNL,” but Driver is always on his game, infusing his uniquely lumbering energy into even the dumbest of sketches.

Driver is also coming off raves and appreciation for his performance in “Marriage Story,” which netted him his second consecutive Oscar nomination, following his bid last year for “BlacKkKlansman.” There is a level of respect for the actor that has endured since he first broke through on “Girls,” and TV academy voters may feel like he’s “one of them” because they were the first to really recognize him among the major awards bodies.

“SNL,” which has won comedy guest actor five times since 2009, has three nominees in the category this year, and unfortunately for Driver, the other two, Eddie Murphy and Brad Pitt, were buzzier. Murphy’s episode was long-anticipated because he had not hosted the show since leaving the cast in 1984. Pitt’s cameo as Dr. Anthony Fauci also made headlines, as short as his performance was. Unless there is a major pocket of support for Driver in the academy, it may be challenging to leapfrog over performances that were much more talked about this season.

It’s also possible that voters are looking for something else in this category, based on the past two winners: Katt Williams in “Atlanta” and Luke Kirby in “The Marvelous Mrs. Maisel,” who is nominated again this year. Both performances had a blend of comedy and drama, and managed to beat multiple “SNL” nominees in their respective categories. Kirby could very well just win again, or it could be Dev Patel (“Modern Love”) or Fred Willard (“Modern Family”), who each have poignant moments in their episodes. 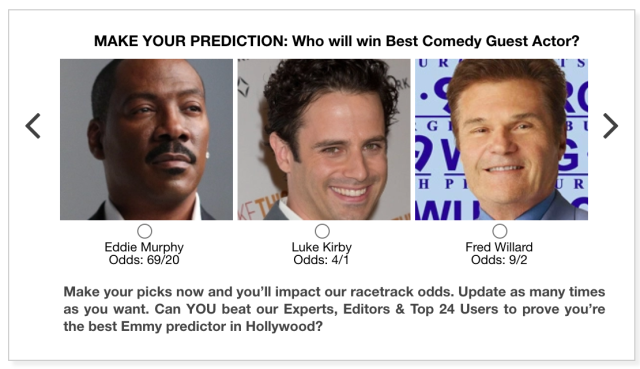