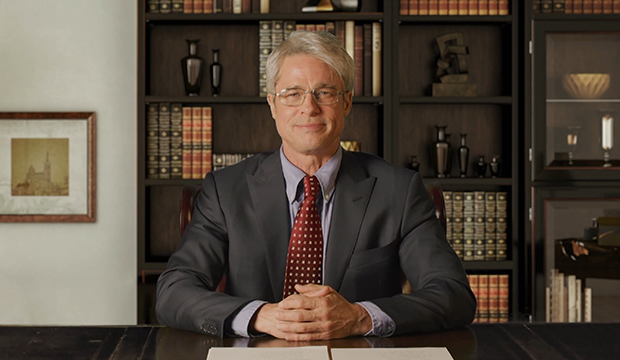 It’s already been quite a year for Brad Pitt. He dominated the awards season with his supporting turn in “Once Upon a Time in Hollywood,” culminating with him winning his second career Oscar. Now, he’s seeking to keep his awards momentum going at the Emmys, where he’s nominated in the Best Comedy Guest Actor category for playing NIAID director Dr. Anthony Fauci on “Saturday Night Live” for the episode “SNL at Home #2.”

Pitt only appears in the cold open as Fauci, addressing the nation and attempting to explain what President Donald Trump was trying to say when he spread misinformation about the coronavirus. He clarifies that a vaccine being ready “relatively soon”  is accurate if you consider the amount of time relative to the Earth’s existence and that miracles shouldn’t be Plan A because “even Sully tried to land at the airport first.” He then clears up that the test isn’t really beautiful and that testing is not widely available. As Trump’s statements become more ridiculous, Fauci gets more visibly irritated with having to refute the statements. When the president asks if injecting disinfectant into people is possible, Fauci just looks at the camera, dumbfounded, and Trump’s statement about curing the virus through exposure to light causes him to bury his face in his hands.

Fauci then says there are rumors that Trump is going to fire him. He then cuts to a clip of Trump saying, “He’s a wonderful guy.” This causes Fauci to reply, “So, yeah, I’m getting fired,” but reassures the audience that he’ll be around to correct false statements until he’s canned. Pitt then breaks character by removing his wig and glasses to deliver a heartfelt thank you to the real Fauci for being a voice of calm and clarity during the crazy times we currently live in. He also thanks the medical workers, first responders, essential workers, and their families for all they have done during this crisis. Pitt then gives a modified version of the show’s classic line, “Live, kinda, from all across America, it’s Saturday night.”

This is Pitt’s fourth nomination and his second for acting. He was nominated in this category in 2002 for “Friends” and won an Emmy as an executive producer of 2014 Best TV Movie champ “The Normal Heart.” Could he mimic his Oscar trajectory by following up a win as a producer (for 2013’s “12 Years a Slave”) with one as an actor? Let’s break down the pros and cons.

Pitt’s turn as Fauci became one of the biggest viral moments of the show’s 45th season as it captured the perfect intersection of entertainment and politics/current affairs.

The turn was widely hailed as a great casting move that was elevated by excellent writing. Even those who had been critical of “SNL’s” overuse of outside talent to play specific — usually political — figures were won over by Pitt’s performance. Fauci, who had jokingly requested Pitt to play him weeks prior, himself said, “I think he did a great job.”

While “SNL” has claimed this prize five times, it’s still lost the award more times than it has won it, and Pitt is up against two other “SNL” nominees who were hosts, Adam Driver and Eddie Murphy. In addition, the Emmys didn’t reward Robert De Niro for a similar non-hosting guest appearance last year as Robert Mueller.

While the sketch is funny, it is possible that voters might be exhausted from constantly hearing about how this virus has affected the nation. There’s a chance they may just want to avoid that topic completely when casting their votes. 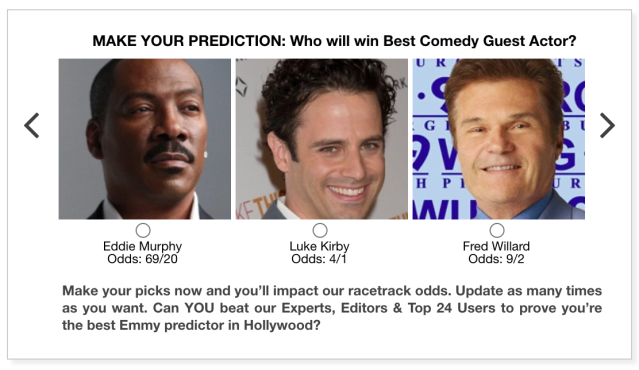