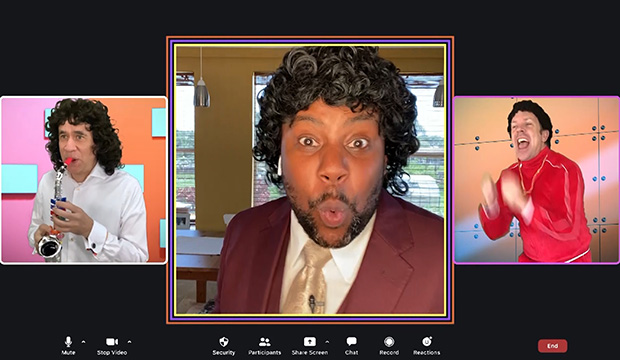 Kenan Thompson picked up his second nomination in Best Comedy Supporting Actor as a repertory player on “Saturday Night Live.” He now has four nominations overall, winning two years ago for writing a song for the NBC comedy institution. For this year’s Emmys, Thompson is submitting the second at-home episode (titled “At Home #2”) to voters, which features the actor adapting many of his characters to a virtual setting.

Thompson’s first sketch is “What Up with That,” last seen on the 40th anniversary special in 2015. The sketch features Thompson as Diondre Cole, a talk show host who has an affinity for the show’s theme song, almost to a fault. He reprises his role as David Ortiz, aka Big Papi in a cooking show setup, typically seen behind the “Weekend Update” desk. He also stars in an O.J. Simpson sketch, giving the audience his unsolicited thoughts on the pandemic, and briefly appears in a Snapchat filter sketch.

So can Thompson win his first Emmy for acting this year? Let’s weigh the pros and cons.

“At Home #2” is one of the most unambiguously funny episodes in the category, and voters like to laugh when they are voting on comedy. The episode proved Thompson could be surprisingly consistent even without a live audience, as he expertly molded some of his fan-favorite characters into laugh-out-loud pre-taped sketches. His energy in every single segment is infectious, even giving Simpson a level of charm.

The Emmys have an enduring relationship with “Saturday Night Live,” collecting multiple wins every single year. Numerous actors have collected trophies for their work on the show, including Kate McKinnon, Tina Fey, Amy Poehler, Tiffany Haddish, Melissa McCarthy, Alec Baldwin, Jimmy Fallon and Dave Chappelle. Thompson may have an Emmy already, but it is possible that the acting branch could be itching to give the longest-tenured cast member in “SNL” history his proper due.

Among that group of actors who have won for “SNL,” only McKinnon was a main cast member at the time of her two victories. For as much as “SNL” has found success at the Emmys, especially over the past few years, voters have been hesitant to hand out trophies to the show’s regulars. Thompson also does not have a particularly strong narrative this year like McKinnon did as she played notable political figures like Hillary Clinton and Elizabeth Warren.

It is also a very difficult category, especially with last year’s champion, Tony Shalhoub from “The Marvelous Mrs. Maisel,” and Dan Levy from “Schitt’s Creek,” the presumed comedy series front-runner, in the mix. The field also includes a pair of Oscar winners, Mahershala Ali and Alan Arkin, Emmy favorites Andre Braugher and Sterling K. Brown, and first-time nominee William Jackson Harper. All are in considerably newer shows in relation to 45-year-old “SNL” and could be more exciting options to voters. Thompson has been on the series since 2003, and voters don’t typically reward an actor in their 17th year on a show, though to be fair few actors spend 17 years on a show let alone are getting Emmy nominations for it.