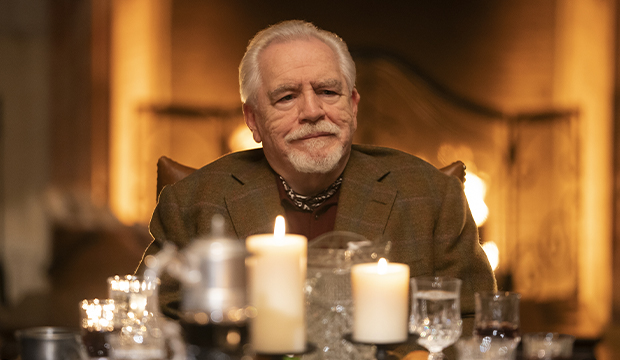 “I will win,” Brian Cox’s Logan Roy maniacally roars at his most trusted but nevertheless doubting advisors in “Hunting,” the second season episode of HBO’s “Succession” that he has submitted for Emmy Awards consideration. Cox has earned his first nomination in the Best Drama Lead Actor category for his role as the ruthless media mogul after a previous supporting win for the miniseries “Nuremberg” (2001) and a guest nomination for “Frasier” (2002).

In this installment, Logan announces his defense strategy for the company’s ongoing proxy battle for control of his company: the acquisition of competitor Pierce, the most respected name in news. In order to grease the wheels of the difficult negotiations, he must call on one-time ally and recent betrayer Frank (Peter Friedman) to rejoin his ranks, inviting him to the company retreat in Hungary. After the eponymous hunt, Logan rages when he learns that word of his plan to buy Pierce has leaked to the company and he suspects someone on his team intentionally spiked the deal. At dinner, he malevolently confronts the group and, in order to sniff out the rat in his midst, starts a game of “boar on the floor” to humiliate them into a confession.

Will Cox’s utterly menacing and entirely enthralling performance pave the way for the second Emmy victory of his career? See the pros and cons of his submission.

Cox chose the perfect episode to submit to Emmy voters, as he dominates “Hunting” in screen time and presence. While the actor leans into Logan’s charismatic machinations in the first half of the installment, his performance truly reaches new heights in the now-legendary “boar on the floor” scene, which instantly went viral after the episode aired. Cox revels in playing the part of a jovial host, boosting morale and encouraging copious drinking before he absolutely terrorizes his underlings with vicious mind games, intimidation, and humiliation. As the “game” reaches its fever pitch, he is frighteningly magnetic as he walks an incredibly fine line between terrifying and uncomfortably hilarious. It’s an indisputably virtuosic performance.

Voters will get a second look at Cox’s performance in the submission of co-star Jeremy Strong, who’s also nominated in the Drama Actor category. Strong picked a great episode for Cox, “This Is Not for Tears,” the Season 2 finale in which Logan forces one of his family members to take the fall for the devastating cruise-line scandal that has dogged the Roys for the entire series. And if voters watch the submissions in all of the acting categories, they’ll see him in four more: “The Summer Palace,” “Tern Haven,” “Return” and “Dundee.” These six hours will give voters a sense of the depth of the actor’s range over whole the season.

“Succession” earned an impressive nine acting bids this year after across-the-board snubs for its first season, which indicates that the actors branch just recently discovered the series. If voters have both seasons in mind when they cast their ballots, Cox will have a serious advantage over most of his competitors, not only because they might consider all two years of his work, but also because his character has evolved over the course of the show’s run and his performance has grown with it. It certainly helps that his show is the frontrunner for Best Drama Series.

Even though Cox could get a boost from Strong’s submission, there’s a serious risk that the two will split the votes of “Succession” fans in the acting branch and leave both empty-handed on Emmy night. Both turned in critically-acclaimed performances in the second season and voters might be torn on which of the two will earn their support. If the adoration for the series is as great as the nominations tally suggests, though, the contest might come down to this father-son duo.

“Succession” has broad support throughout the TV academy with 18 nominations, but it’s not the only series with that advantage competing in this category. “Ozark” impressively tied it in bids this year, which could prove a bellwether for a Jason Bateman victory, especially since his show already has a track record of success thanks to Julia Garner’s win last year. Cox also faces off against last year’s victor Billy Porter (“Pose”), former champ Sterling K. Brown (“This Is Us”) and an overdue Steve Carell (“The Morning Show”).