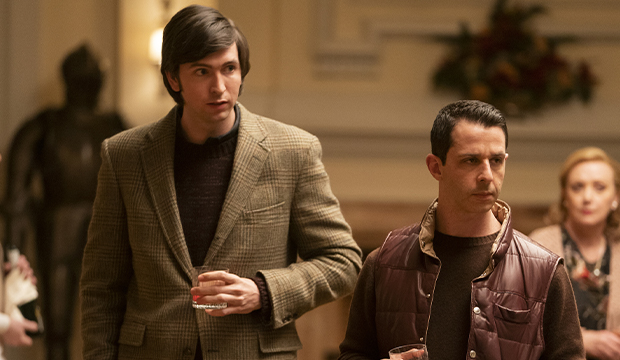 For his episode submission, Braun has chosen the acclaimed second season finale “This Is Not For Tears,” which is also up for writing and directing and is the same episode submitted by fellow nominees Macfadyen and Jeremy Strong.

Cousin Greg must testify before Congress about sexual misconduct allegations within Waystar Royco and questions around whether he was involved in destroying incriminating documents on Thanksgiving. He has protected himself by keeping copies of some of these documents, but he knows that a slip of the tongue could get him into serious trouble. A nervous and sweaty Greg stammers up to the microphone and fumbles his way through questioning, prompting one of the senators to assure him that he can speak normally. “I shall,” he awkwardly responds.

Later, the family spends holiday time on their yacht in the Mediterranean following the Senate inquiry. Logan (Brian Cox) approaches his son Kendall (Strong) about taking the fall for the family, telling him that he’s not “a killer.” In the dramatic and climactic final scene of the season, as Greg has helped provide the documents that will prove Logan’s complicit guilt, Kendall publicly betrays his father at a New York press conference by implicating him in the sexual misconduct scandal engulfing his Waystar Royco empire.

In the opening scene of the episode, Braun is front and center at the Congressional hearing as he responds to questioning with the look of a deer in the headlight, speaking in ridiculous formal phrases like “Yes, I merely wish to answer in the affirmative action.” It is a great showcase for the actor’s razor-sharp timing and tone, as he is both very funny and also cringe-worthily embarrassing at the same time.

Braun is most effective when he plays Cousin Greg as an outwardly child-like simpleton and outsider who is actually more cunning and manipulative than the rest of his powerful A-lister family. Braun gets to show this off to great effect in this episode, as he is the one that has saved incriminating documents that may spell the end of Logan’s reign over his media empire.

As good as Braun is in his scenes, the episode is predominantly a showcase for Strong and Cox in their tug-of-war power struggle. Without a more complete arc for Cousin Greg, voters may look elsewhere in the category for more visceral impact.

There is a possibility of vote-splitting since Braun is nominated alongside co-stars Culkin and Macfadyen, who are often afforded more showy scenes. On that basis, “Succession” fans within the TV academy may not know whom to vote for.