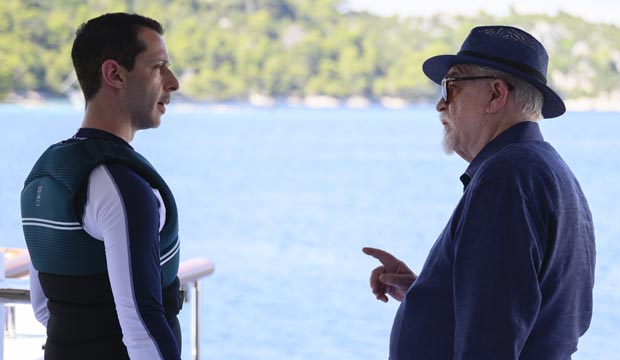 Gold Derby’s Emmy Experts from major media outlets are almost unanimous that “Succession” will win Best Drama Series at the 2020 ceremony. In fact, 17 out of 19 of these savvy awards gurus have HBO’s buzzy family drama in their #1 positions, which translates to 5/1 odds. The other two Experts are going rogue in their forecasts. Kaitlin Thomas (TVGuide.com) picks AMC’s “Better Call Saul” to win while Anne Thompson (Indiewire) chooses Netflix’s “The Crown.” Do you agree or disagree with these early Emmy predictions?

“Succession,” which tells the story of a corrupt rich family who owns a media empire, is still red-hot and extremely popular despite not airing since last summer. The show claimed two Emmys last year for its inaugural season: Best Drama Writing and Best Main Title Theme Music. It’s also coming off major wins at the Golden Globes and Critics’ Choice Awards for Best Drama Series and Best Drama Actor (Brian Cox won the Globe, Jeremy Strong took the critics’ prize), which gives it an edge heading into the 2020 Emmy ceremony.

SEE‘Succession’ intrigue at the Emmys: Can Jeremy Strong ruthlessly take down Brian Cox?

“Better Call Saul,” a prequel spinoff to TV academy fave “Breaking Bad,” has been nominated for every season so far, but it has yet to win an Emmy Award in any category. Could all of that change this year? Led by Bob Odenkirk, the show is coming off some of its best reviews ever and it just wrapped up its fifth season in April so it’s still fresh in voters’ minds.

“The Crown” aired last fall and continued the ongoing story of Queen Elizabeth II‘s reign between the years 1964 and 1977. Of note, the entire cast was overhauled in Season 3 to reflect the aging of the royal characters, so Olivia Colman, Tobias Menzies and Helena Bonham Carter are now hoping to replace Claire Foy, Matt Smith and Vanessa Kirby in the Emmy nominations.

Rounding out our Emmy Experts’ predictions for Best Drama Series are “Ozark,” “The Morning Show,” “The Handmaid’s Tale” and “Westworld,” with potential dark horses being “Killing Eve,” “Pose, “Big Little Lies” and “The Outsider.”