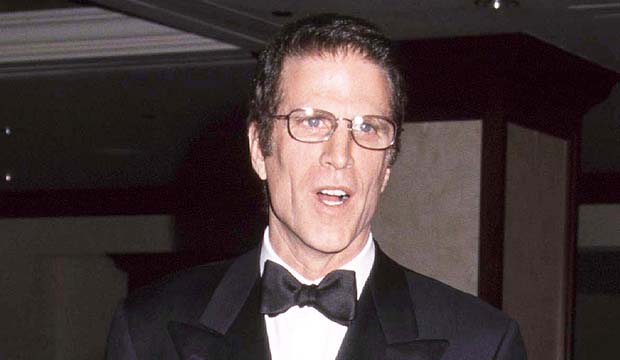 The 1990 Primetime Emmys ceremony didn’t have any sweeps, but a longtime TV favorite won an overdue award from an unlikely group of presenters, a record was set for the most ties in a single ceremony, a couple of legends were remembered and, despite Academy love being spread around, there were two shows that surprisingly ended the night with zero major wins. Hosted by the unlikely trio of Candice Bergen, Jay Leno and Jane Pauley, the 42nd Emmy Awards ceremony took place on September 16, 1990. Let’s flashback 30 years to the highlights.

Although “Cheers” had won Best Comedy Series three times, its lead actor failed to nab a trophy himself, despite being nominated seven straight years for the classic character. However, Ted Danson finally got his moment on the stage, winning for Best Comedy Actor for his role as Sam Malone on “Cheers.” He quipped, “I suppose this means you’ll be saying, ‘you were robbed’ to some other boy tonight. I’ll miss that.” His win was made even more memorable by his presenters: the entire animated Simpsons family presented the award, with Bart accidentally ripping the envelope to shreds and Marge having to put it back together. Danson won again in 1993 for the final season, and has gone on to earn six more nominations, three each for “Damages” and “The Good Place.” It’s been 27 years since that last win – will he end another drought this year for “The Good Place?”

Despite Danson’s victory, “Cheers” did not hang onto its series trophy, which went to “Murphy Brown” for its first of two wins. Its star Bergen won her second consecutive trophy for Best Comedy Actress out of five total wins, and Danson co-star Bebe Neuwirth received her first of two straight statuettes in the supporting category for her role as Lilith Sternin on “Cheers.” In the Best Supporting Actor category, veteran character actor Alex Rocco pulled out a surprise win for his only nomination ever, for “The Famous Teddy Z,” which only lasted 15 episodes before being cancelled.

A tie is unusual for any awards ceremony, but three in one evening? It’s almost unheard of, but that is indeed what happened when three major categories ended in ties. Made-for-TV movies “Caroline?” and “The Incident,” drama series directors Thomas Carter (“Equal Justice”) and Scott Winant (“thirtysomething”) and writers for variety programs “The Tracey Ullman Show” and “Billy Crystal: Midnight Train to Moscow” each tied in their respective categories.

The winner for Variety Special was “Sammy Davis, Jr. 60th Anniversary Celebration,” which was a star-studded celebration of the legendary song-and-dance man’s six decades in the entertainment industry. Sadly, Davis passed away at the age of 64 just three months after the special aired. Davis himself had been a two-time Emmy nominee, but had never won; it was fitting that his special was recognized.

Another entertainment icon we lost that year was Jim Henson (he and Davis actually died on the same day, May 16). The puppeteer was heavily influenced by Edgar Bergen, whose daughter and Emmy co-host Candice gave a touching tribute and introduced a montage of Henson’s greatest creations, including “The Muppets,” “Sesame Street” and “Fraggle Rock.”

Sometimes with an awards ceremony, it’s just as surprising who doesn’t win as who does. “Newhart” accumulated 21 major nominations over eight seasons, but failed to take home any wins. This is especially surprising for its final season, as the finale is widely considered to be one of the best in the history of television.

Another surprise was the big failure of critical favorite “Twin Peaks” to score any major wins despite receiving 14 nominations. Although it did win a couple of technical awards (Costume Design and Editing), the groundbreaking series was apparently ahead of its time, and the Academy chose more traditional programs to honor. Reigning champ “L.A. Law” scored its third of four Best Drama Series trophies; “thirtysomething” star Patricia Wettig won her first of two consecutive Best Drama Actress trophies (she had won for supporting in 1988); and sentimental favorite Peter Falk won his fourth Best Actor Drama Emmy for his role as “Columbo.”

The Academy did shake things up a bit by naming “In Living Color” the Best Variety Series in its freshman season. The sketch series was a midseason replacement, with only 13 episodes aired, and was a surprise win against reigning champ “The Tracey Ullman Show,” as well as the more traditional nominees “The Arsenio Hall Show,” “Late Night with David Letterman” and “Saturday Night Live.”