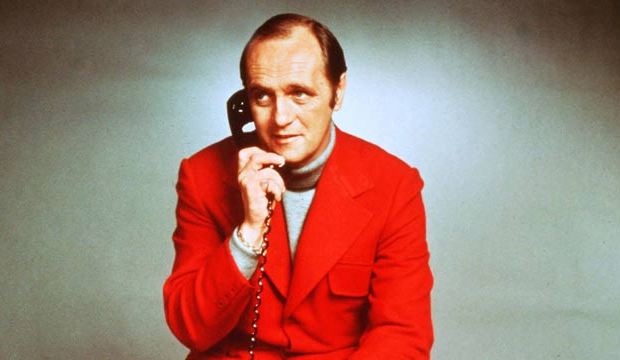 While long-running TV favorites have dominated the Emmys, series that ran for one season or less have also won over the academy. They often faced strong competition in their time slots or were ahead of their time. These shows are generally just faded memories but many are available on YouTube. Do you remember any of these Emmy winners?

“The Barbara Stanwyck Show”
Barbara Stanwyck, who was nicknamed Missy by her friends and co-workers, was a formidable presence during the Golden Age of Hollywood earning four Oscar nominations for 1937’s “Stella Dallas,” 1941’s “Ball of Fire,” 1944’s “Double Indemnity” and 1948’s “Sorry, Wrong Number.” In 1960, she starred in her first TV series: an anthology show for NBC. Directors included Arthur Hiller, Richard Whorf and Stuart Rosenberg. And guest stars ran the gamut from Anna May Wong to Lee Marvin.

Though the anthology series format worked like gangbusters for another classic Hollywood legend, Loretta Young, Missy’s series lasted a season. There was a DVD release of the show a few years back. Though Stanwyck would be fun to watch just reading the phone book, the series was more meh than marvelous. Nevertheless, Stanwyck won the Emmy for Best Drama Actress She would receive another Emmy in that category in 1966 for her popular ABC Western “The Big Valley” and then her final one at the age of 76 in 1983 for her leading role in the ABC miniseries “The Thorn Birds.” Who can forget her lusting after a shirtless Father Ralph (Richard Chamberlain) on the porch?

“The Bob Newhart Show”
In 1960, former accountant Bob Newhart was the hottest stand-up comedian in the country thanks to his gently funny album “The Button-Down Mind of Bob Newhart,” which sold 1.5 million copies and won Grammys for Album of the Year and Best New Artist. Soon, NBC came knocking and signed Newhart in 1961 to do a comedy-variety show. Critics loved it. Audiences stayed away.

Newhart told me in a 2010 LA.Times interview that there were many reasons why the show came to an abrupt end, admitting it was a strain “trying to do a good monologue every week for 36 weeks.” Still, the series went on to win the Emmy for outstanding program achievement in the field of humor, as well as the Peabody Award. Ironically, his beloved CBS sitcoms — “The Bob Newhart Show” (1972-78) and  “Newhart” (1982 – 1990) — never won any Emmys. And he didn’t take home an Emmy until 2013 when he guest starred on CBS “The Big Bang Theory.”

SEE African Americans at the Emmys: A look back at the groundbreakers

“My World and Welcome to It”
Even the 14-year-old me never watched this 1969-70 NBC comedy series which combined live action and animation and was based on James Thurber’s gentle humor and cartoons. William Windom, who I adored from “The Farmer’s Daughter,” played John Monroe, a Thurber-esque writer and cartoonist who worked for a New Yorker-style magazine who would frequently daydream and fantasize. Joan Hotchkis played his wife and Lisa Gerritsen, who would play Phyllis’ daughter on “The Mary Tyler Moore Show,” portrayed his daughter. “My World” won the top comedy series prize, as well as one for Windom.

“The Bold Ones: The Senator”
NBC’s “The Bold Ones” was an umbrella for a series of rotating series: 1969-73’s “The Lawyers”; 1969-73’s “The Doctors”; 1969-70’s “The Protectors” and 1970-71’s “The Senator.” A bit of a back story on “The Senator.” My high school sophomore biology teacher in 1969-70 was very progressive; no wonder the nuns sent her packing after one year. We learned about Zero Population growth, Earth Day, the harm of smog and other environmental issues. So, it was must-see TV for me when NBC aired the movie “A Clear and Present Danger” in 1970 starring Hal Holbrook as a liberal young senator who takes on the smog crisis when a friend dies of emphysema. The movie not only was popular, it earned two Emmy nominations including one for Holbrook. And in the fall, NBC premiered “The Senator” as part of the “The Bold Ones” rotating wheel.

Though Holbrook’s Senator Hays Stowe comes to the Senate with dreams of making things better, he soon discovers it’s hard to buck tradition and conservatives. One two-part episode found him leading an investigation on a Kent State-esque shooting of two college students by the National Guard during an anti-war protest. It may have only lasted one season — perhaps its liberal agenda ruffled conservative advertisers — but “The Senator” didn’t go home empty-handed. The hour-long drama was nominated for nine Emmys, winning five including for Holbrook and for Best Drama Series.

SEE Emmys flashback to the first ceremony: Six awards, $5 tickets, and the big winner was a ventriloquist

“The Julie Andrews Hour”
Just like so many baby boomers who went to see 1964’s “Mary Poppins” and 1965’s “The Sound of Music” multiple times, I idolized Julie Andrews. But I’ll be the first to admit when she started her stylish 1972-73 ABC variety series, she was considered a bit of a square. I didn’t feel that way, but there were those who found her screen image too goody two-shoes. But I do have fond memories of this hour-long series which featured Rich Little and Alice Ghostley plus guests including Donald O’Connor, Jimmy Stewart, Angela Lansbury and Harry Belafonte and lots of gorgeous musical numbers. Reviews were great, but ABC slotted it opposite CBS’ popular detective series “Cannon” and aired it at 10 p.m., so families couldn’t enjoy the show. The series sashayed in 1973. Nevertheless, it won seven Emmys including for outstanding musical series.

“The Famous Teddy Z”
Hugh Wilson of “WKRP in Cincinnati” and “Frank’s Place” fame created this 1989-90 CBS comedy series, which  earned good reviews but never caught on with audiences. Five of its 25 episodes never aired. I always thought perhaps it was too inside baseball. Jon Cryer plays a young man working in the mail room of a Hollywood talent agent is quickly made an agent when a hot actor — think Marlon Brando — is impressed with him. The series was actually inspired by agent Jay Kantor who began as a mailroom clerk at MCA only to become Brando’s agent. The series earned four Emmy nominations with Alex Rocco, best known as Las Vegas syndicated boss Mo Green in 1972’s “The Godfather,” winning or his outrageously fun supporting performance as the ultimate obnoxious Hollywood agent Al Floss.

SEE Emmys flashback: Gertrude Berg made history with her Best Actress win in 1951

“Gabriel’s Fire”
James Earl Jones is so much more than the voice of Darth Vader, Mufusa and CNN. He’s a Tony Award-winner and honorary Oscar recipient and was just the second African-American to earn a Academy Award Best Actor nomination for 1970’s “The Great  White Hope.” This 1990-91 ABC drama was a good fit for his prestigious talents. He played an angry former Chicago cop who was unjustly sentenced 20 years later for the murder of a fellow officer. Once he gets out of prison, he goes to work as a private detective. Unfortunately, “Gabriel’s “Fire” was trounced by its competition, NBC’s “Cheers.”  Still, the series won Emmys for for Jones; dramatic supporting actress Madge Sinclair; and guest actor David Opatushu. In September 1991, “Pros and Cons,” a revamped and more lighthearted version of “Gabriel’s Fire,” premiered on ABC with Jones and Sinclair returning and Richard Crenna as Gabriel’s new detective partner. It only eked out 12 episodes.