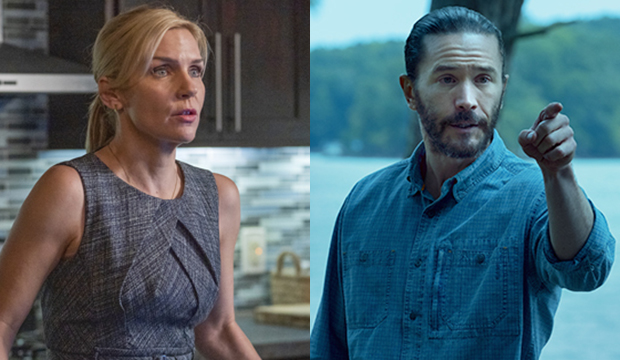 After being blanked in the acting races at last year’s Emmys as well at the Screen Actors Guild Awards, “Succession” finally broke through for its actors, nabbing an impressive nine citations, leaving our forum users totally bopping to “L to the OG.” But how did “Ozark” miss for Janet McTeer and Tom Pelphrey in the supporting races despite bagging a whopping 18 bids overall? And “Better Call Saul’s” Rhea Seehorn misses AGAIN?

Check out a sample of our forum reactions below. Chime in here.

Eden: THE MANDALORIAN is nominated for DRAMA SERIES

hopelesstar: The Killing Eve overperformance is really something else when y’all said it was over

Hoster1: Lmao at The Morning Show getting all those acting noms and Directing and still missing Drama Series.

Gabarnes43: Killing Eve!!! So happy for the deserved music and costume noms which they were snubbed for last year. I told you all, all 3 ladies would get in. Series !!!

DylanMcPhee: Overall, I love shocks and surprises, but these are just all over the place. [Reese] WITHERSPOON and KIDMAN primarily!!!

Tyler: only thing keeping me from hanging myself with that [Steve] Carrel [sic] nom is that [Jeremy] STRONG AND [Brian] COX ARE INNNN

Heptapod: So much time agonizing over whether [Yvonne[ Strahovski or [Ann] Dowd was being nominated, but it was [Samira] WILEY the whole time???

Supermalt: Fiona Shaw too? haha I love it here

Kay: I TOLD ya’ll they were NOT going to snub Thandie Newton! She was always easily top 3

ruckp: Tom Pelphrey SNUBBED?!! This is the worst year of nominations ever and not just because of this snub. It’s all a MESS. Utterly disgusted