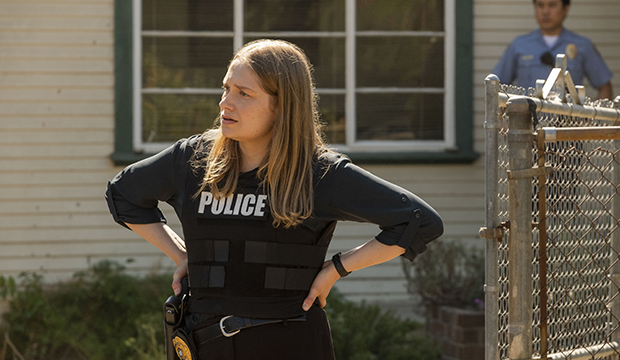 Like all of you, Gold Derby readers are busy expressing their fiery anger and endless joy over the limited series/TV movie categories in our TV forums after Tuesday’s Emmy nominations. They are scratching their heads over the egregious snubs for “Unbelievable’s” leading ladies Kaitlyn Dever and Merritt Wever, “Mrs. America’s” supporting players Rose Byrne and Sarah Paulson, and “Watchmen’s” Tim Blake Nelson (whose three co-stars were nominated), while simultaneously celebrating the inclusions of breakout stars Shira Haas (“Unorthodox”) and Paul Mescal (“Normal People”).

Check out a sample of forum reactions below. Chime in here.

boss: Mrs. America FAILED. Can’t believe Byrne and Paulson are snubbed along with the directors.

Nate: And Watchmen really is a force to be reckoned with, with 26 nominations overall!

Seven: Watchmen really is about to sweep, YUP

True Tenor: Unbelievable really, really underperformed. Recency bias may have hurt it just like how Sharp Objects did pretty badly in nods last year. Still shocked that both Weaver [sic] and Devers [sic] missed however. Also wonder if a lot of voters just didn’t finish the series because of its difficult subject matter.

wolfali: Wait so Mrs. America got snubbed in Directing but got into Writing?

willum: FOUR movies nominated in TV Movie are from Netflix

Nate: The Dolly Parton love proved to be enough to overcome anything Lifetime tried to get in here.

ruckp: Eating crow for saying Dolly Parton was getting in but went for The Clark Sisters instead

boss: I am super pissed that Wever and Dever are snubbed. Glad that Haas is recognized

Monsoon: Kerry getting in over Reese was the right decision.

forwardswill: Who remembers when I suggested that Merritt Wever could be snubbed?

Tyler: I’ve chosen to be happy rather than sad because Shira Haas f—ing deserves to win, but the [Octavia] Spencer [nomination] this is INSANE

Smi: Paul Mescal is my favorite nomination, by far.

Hembie: I’m just so happy Paul Mescal was recognized. He deserves it. The only man having a stellar 2020.

Heptapod: No Rose Byrne or Sarah Paulson??? WHAT. THE. HELL.

Galang: My absolute favourite part of these nominations was [Margo] Martindale, [Tracey] Ulman [sic] and [Uzo] Aduba getting in over Rose Byrne and Sarah Paulson.

Chimichanggas: Even Patti LuPone missed. What a travesty!

boss: Glad for not seeing John Slattery but where is Amit Rahav?

Tyler: holy sh– every watchmen supporting actor except for tim blake nelson and f—ing titus [sic] [Burgess] is in

ruckp: Y’all laughed at me for saying Tituss had a chance. He’s so winning.