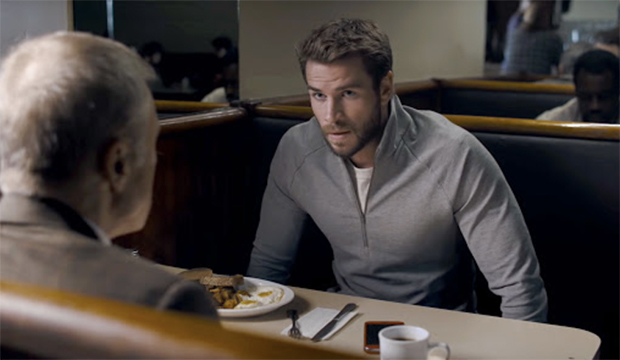 You’re probably already aware that Academy Award winners Cate Blanchett (“Mrs. America”), Olivia Colman (“The Crown”), Regina King (“Watchmen”) and Octavia Spencer (“Self Made”), among others, landed Emmy nominations on Tuesday, but there are a handful of other familiar faces that joined the ranks in less-publicized categories. Most of these winners will be announced at the Creative Arts Emmys in two separate virtual ceremonies on Sept. 12 and 13, a week before the primetime telecast on Sept. 20. Check out the complete list of nominations here.

In the Best Narrator category, “12 Years a Slave” stars Chiwetel Ejiofor (“The Elephant Queen”) and Lupita Nyong’o (“Serengeti”) reunite as competitors, the former of whom is a previous Best Limited Series/TV Movie Actor nominee for “Dancing on the Edge,” while the latter is enjoying her maiden Emmy nomination six years after winning her first Oscar. Joining her as a first-time nominee is former NBA star Kareem Abdul-Jabbar, whose documentary special “Black Patriots: Heroes of the Revolution” celebrates the American Revolution’s Black heroes who aren’t typically found in the history books. Rounding out the category are perennial nominee and two-time reigning champ David Attenborough (“Our Planet”) and returnee Angela Bassett (“The Imagineering Story”), who is also a Best Comedy Guest Actress nominee for “A Black Lady Sketch Show.”

Over in Best Short Form Comedy/Drama Actress, all five performers are rookie contenders, with Anna Kendrick (“Dummy”) being the only Oscar nominee in the lineup. The actress faces Quibi colleagues Jasmine Cephas Jones (“#FreeRayshawn”) — the “Hamilton’s” star’s father Ron Cephas Jones is a Best Drama Guest Actor nominee for “This Is Us” — Kerri Kenney-Silver (“Reno 911!”) and Kaitlin Olson (“Flipped”). Rain Valdez rounds out the category for YouTube’s “Razor Tongue.”

Fresh off his Best Adapted Screenplay Oscar win for “Jojo Rabbit,” Taika Waititi had a great Tuesday morning, accruing bids in Best Comedy Series as an executive producer on “What We Do in the Shadows” and Best Character Voice-Over Performance for “The Mandalorian” (which nabbed 15 citations, including Best Drama Series). In the latter category, he is shortlisted alongside past champ Hank Azaria and past nominee Nancy Cartwright for “The Simpsons,” first-timer Leslie Odom Jr. for “Central Park,” Maya Rudolph for “Big Mouth” and Wanda Sykes for “Crank Yankers.” Rudolph and Sykes also face each other in Best Comedy Guest Actress, where the former made history for double-dipping for “Saturday Night Live” and “The Good Place,” while the latter contends for past comedy series winner “The Marvelous Mrs. Maisel.”

Even though Reese Witherspoon went 0 for 3 in the acting races for “Big Little Lies,” “Little Fires Everywhere” and “The Morning Show,” she did reap a Best Limited Series nom as an executive producer on “Little Fires.” Aaron Paul, who, despite also missing out on three acting bids for “El Camino: A Breaking Bad Movie,” “Truth Be Told” and “Westworld,” snuck in as an executive producer on “El Camino” in Best TV Movie and “BoJack Horseman” in Best Animated Program. Other actors recognized for their work as a producer but not for acting include Tina Fey (“Unbreakable Kimmy Schmidt: Kimmy vs. the Reverend,” Best TV Movie), who was also eligible in Best Comedy Guest Actress for “Modern Love,” and Elisabeth Moss (“The Handmaid’s Tale,” Best Drama Series), who was left out of drama actress for the first time.

Witherspoon’s “Little Fires” co-star Kerry Washington was recognized for both acting on and producing the Hulu series, and racked up two additional noms for producing “American Son” (Best TV Movie) and “Live in Front of a Studio Audience: ‘All in The Family’ and ‘Good Times’” (Best Variety Special [Live]). For the latter, she competes alongside fellow producers James Burrows, Will Ferrell, Jimmy Kimmel, Norman Lear, Brent Miller and Justin Theroux. Ferrell is also a nominated executive producer on drama series favorite “Succession” with Oscar winner Adam McKay.

Also nominated in the Best Variety Special (Live) category is the “Super Bowl LIV Halftime Show” headlined by Jennifer Lopez (who was infamously snubbed for “Hustlers” at the Oscars earlier this year) and Shakira. While most Super Bowl performers have been nominated in the past — including Bruce Springsteen (2009), Beyonce (2013), Bruno Mars (2014), Katy Perry (2015) and Lady Gaga (2017) — Prince (2007) and Coldplay (2016) were not in their respective years, so it’s still unclear if J.Lo and Shakira will be official nominees. The final list of individual nominees for program categories will be announced in a few weeks pending vetting. That means Jay-Z, whose Roc Nation produced the halftime show, could also be a nominee if approved alongside executive producer Ricky Kirshner.

But there are a handful of well-known music artists who are definitely nominated now. Pharrell Williams is shortlisted alongside his Neptunes partner Chad Hugo for “The Black Godfather’s” “Letter to My Godfather” in Best Original Music and Lyrics. They compete against songs from “Euphoria” (“All for Us,” Labrinth) “Last Week Tonight with John Oliver” (“Eat Sh–,” David Dabbon, Joanna Rothkopf, Jill Twiss and Seena Vali), “Little Fires Everywhere” (“Build It Up,” Ingrid Michaelson), “The Marvelous Mrs. Maisel” (“One Less Angel,” Thomas Mizer and Curtis Moore) “This Is Us” (“Memorized,” Siddhartha Khosla and Taylor Goldsmith) and “Watchmen” (“The Way It Used to Be,” by Oscar winners Trent Reznor and Attticus Ross). Labrinth, and Reznor and Ross are also nominated for scoring “Euphoria” and “Watchmen,” respectively.