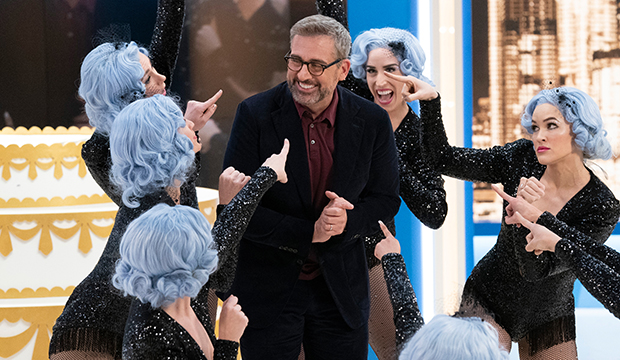 Just when we thought it was over, they pull us back in. The nine-year pattern of the Best Drama Actor Emmy going to a star from a first-year show or a last-year show appeared to be ending this year, based on our odds, but voters had a different idea. Steve Carell made the lineup on Tuesday for the inaugural season of “The Morning Show,” the only nominee of the six-person field who meets the aforementioned criteria to continue the trend.

The last nine champs are:

Carell, who is still seeking his first Emmy, is up against people who are all in the middle of their shows’ runs: Jason Bateman (“Ozark” Season 3), Brown (“This Is Us” Season 4), Porter (“Pose” Season 2), and “Succession” duo Brian Cox and Jeremy Strong, who are contending for the sophomore installment.

These five were all predicted nominees, while Carell was in eighth place in our odds. Bob Odenkirk, who was in third place, was paid dust, but he wouldn’t have fit the mold as he was competing for “Better Call Saul’s” fifth season. Tobias Menzies was in seventh, and though this was his first season on “The Crown,” it was the third season for the royal drama, which has three more outings to go.

It’s no secret that Carell is overdue for an Emmy — this is his 11th nomination and first in drama — but the Emmys aren’t historically sentimental like that (after all, he lost for his final season of “The Office”). “The Morning Show” grabbed five acting bids, so actors obviously like it. However, it also missed drama series — a déjà vu moment as it received three individual Screen Actors Guild Award nominations, including for Carell, but was snubbed in drama ensemble. He’d the first to win this category without a series nomination for his show since Daniels, who triumphed under the tape system.

Carell could also be the beneficiary of a vote-split between the father-son pair of the drama series front-runner, which exploded from zero acting bids last year to nine. Cox, the Golden Globe champ who’s been the favorite the whole season, and Strong, the Critics’ Choice winner, had never been nominated against each other anywhere until now, so there’s no data on how a Roy vs. Roy battle might shake out. Still, it’s not impossible to overcome a co-star in a drama lead race: Brown did it three years ago, beating his own TV dad, Milo Ventimiglia, and Jodie Comer accomplished it last year in drama actress, upsetting her “Killing Eve” cohort Sandra Oh, who, like Carell, has amassed double-digit nominations without a win.