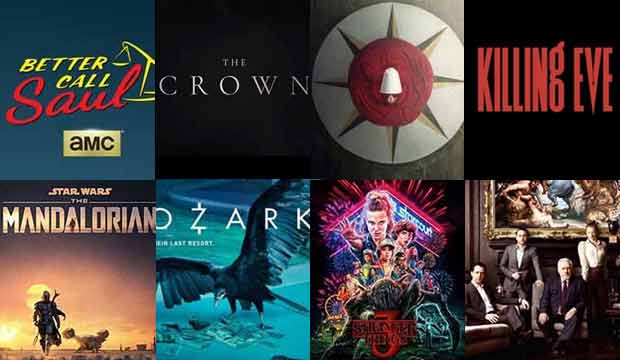 After the Emmy Awards, TV watchers are clamoring to know when their favorite shows return with new seasons. Unfortunately, COVID-19 has drastically impacted production to the point that a vast majority of series do not have concrete premiere dates set in place. While broadcast network shows like “Black-ish,” “Saturday Night Live” and “This Is Us” all have scheduled premieres this fall, the same cannot be said for the contenders in the top two categories at the Emmys.

Keep reading for the latest updates on the status of new seasons of the 2020 Emmy nominees for Best Drama Series and Best Comedy Series.

“Better Call Saul” (Season 6)
The sixth and final season of “Better Call Saul” will consist of 13 episodes with an expected release date of 2021. It is unclear if production will be able to take place in late 2020, which could impact exactly when in 2021 the show will return to AMC.

“The Crown” (Season 4)
All 10 episodes of “The Crown” Season 4 will start streaming on Netflix on Nov. 15. Production on the fourth season wrapped just in time in March. This fourth season will see the arrival of key players like Gillian Anderson as Margaret Thatcher.

“Killing Eve” (Season 4)
The shut down has also impacted “Killing Eve” and there is no apparent return date for Season 4 on BBC America. Laura Neal has taken over as the Season 4 head writer.

“The Mandalorian” (Season 2)
The second season of “The Mandalorian” debuts on Disney+ on Oct. 30. Season 2 will be eight episodes and like the first season, will have a new installment every Friday through December.

“Ozark” (Season 4)
In June, Netflix renewed “Ozark” for a fourth and final season, which will be split into two parts with seven episodes apiece. Star/EP Jason Bateman stated last month that production will begin Nov. 9, while no release date has been confirmed.

“Stranger Things” (Season 4)
It was announced in February that production had begun on Season 4 of “Stranger Things” but it was soon delayed. The team is expected to resume on Sept. 28. No announced release date on Netflix as of now.

“Succession” (Season 3)
Best Drama Series winner “Succession” is hoping to film in late 2020 in New York City, according to Emmy-winning producer Jesse Armstrong. HBO has yet to reveal a premiere date.

“Curb Your Enthusiasm (Season 11)
“Curb Your Enthusiasm” was renewed for an 11th season in June but there are no updates on production, let alone a premiere date. This is to be expected considering the Larry David series isn’t locked into a regular release pattern on HBO.

“Dead to Me” (Season 3)
“Dead to Me” was only renewed by Netflix in July, so there is no premiere date in sight. Season 3 of the Christina Applegate and Linda Cardellini-starring series will be the show’s final season.

“Insecure” (Season 5)
The fifth season of “Insecure” was announced in May. Production has not yet begun, and Issa Rae has even admitted she isn’t entirely sure if her HBO comedy will even return in 2021. We may have to wait until 2022 for the release of Season 5.