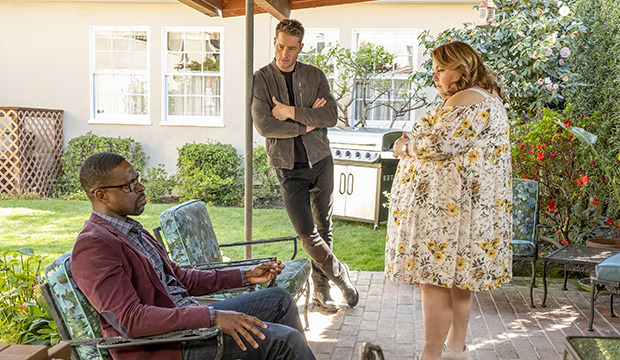 Remember last year when a bunch of shows sat out the Emmy cycle to (in part) avoid the behemoth and inevitable Best Drama Series Emmy winner that was the final season of “Game of Thrones”? Good times. Well, they’re all back now, along with the usual suspects and the usual influx of new shows, making for a very, very crowded field that could spell bad news for broadcast TV.

For the past three years, NBC’s “This Is Us” has been the flag-bearer for broadcast at the Emmys, earning three straight drama series nominations and three acting wins. It was the first broadcast drama to be shortlisted for the top prize since CBS’ “The Good Wife” in 2011, but now it looks like we’ll be entering another fallow period for the Big Four. “This Is Us” is currently in 17th place in our early drama series odds, the highest position for any broadcast show. The predicted seven? All cable or streaming: HBO’s “Succession,” Netflix’s “The Crown,” “AMC’s “Better Call Saul,” Netflix’s “Ozark,” Hulu’s “The Handmaid’s Tale,” HBO’s “Big Little Lies” and Apple TV+’s “The Morning Show.”

Ditto the nine shows before we get to “This Is Us”: HBO’s “Westworld,” BBC America’s “Killing Eve,” HBO’s “The Outsider,” FX’s “Pose,” Netflix’s “Stranger Things,” HBO’s “Euphoria,” Showtime’s “Homeland,” Disney+’s “The Mandalorian” and Amazon’s “Hunters.”

To go from one of last year’s eight nominees, due to a tie, to 17th is a pretty severe drop (obviously, even if “This Is Us” is ultimately snubbed, we’ll never know where it placed), but the tearjerker took a massive hit when it missed out on a Screen Actors Guild Award nomination for drama ensemble, aka the category in which it was a two-time defending champ. The show’s support has always primarily been from the thespians — of its 27 Emmy bids, 18 have been for acting, including seven last year, and it has never received a directing or writing nomination. Two years ago, four-time comedy ensemble winner “Modern Family” was dropped by the SAG Awards before the five-time comedy series champ was dumped by the Emmys. So the SAG snub could a harbinger of things to come for the Pearsons.

Since last year’s drama field was notoriously weak, you could argue that that enabled “This Is Us” to retain its drama series spot. If we’re to assume there’s no tie this year and there will be seven nominees, that means there’s just one open slot for the taking, but chances are one or more of the eligible returnees — the others being “Better Call Saul,” “Killing Eve,” “Ozark,” “Pose” and “Succession” — will be bumped too. Former nominees “The Crown,” “The Handmaid’s Tale,” “Stranger Things” and “Westworld” — all of whom “This Is Us” has been nominated against — are seeking return bids after taking last year off and have all garnered broader branch support in the past (and “Handmaids,” has actually, you know, won drama series).

And there are contenders like eight-time Emmy winner “Big Little Lies,” which did grab a SAG ensemble nomination, switching from limited to drama, and an audience-friendly new series like “The Morning Show,” which won a SAG Award for Jennifer Aniston.

If “This Is Us” misses, we’ll be guaranteed another year of streaming/cable domination: The last broadcast show to win Best Drama Series was “24” in 2006.