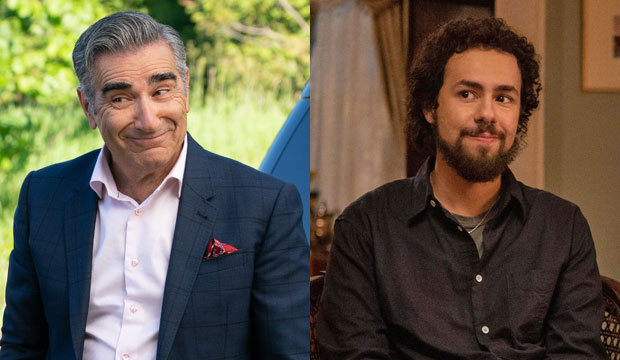 Before Emmy nominations were announced the overwhelming majority of the Expert journalists we’d surveyed said that Eugene Levy would win Best Comedy Actor for “Schitt’s Creek.” Since nominations Levy is still out front according to the combined predictions of all of our 1,700 total users and counting, but now Experts aren’t so sure. In fact, they think it’s too close to call between Levy and Ramy Youssef (“Ramy”)

On one hand, Levy came out of the Emmy nominations with a major advantage in that “Schitt’s Creek” was nominated 15 times including four for its cast, which indicates strong support from the TV academy’s acting branch. And Levy is a longtime industry favorite with two past wins as a writer of the sketch comedy series “SCTV” in the 1980s.

Youssef may be disadvantaged by the fact that his show wasn’t nominated for Best Comedy Series despite eight available slots. But that didn’t stop him from winning the Golden Globe for the series earlier this year; he was the show’s only nomination at that event, whereas here he’s also nominated for his directing, while his co-star Mahershala Ali earned a bid for Best Comedy Supporting Actor.

And since “Ramy” has fewer acting nominations, voters who love the show have fewer places to channel their support, which could benefit its star. In recent years Tatiana Maslany (“Orphan Black”) and Regina King (“Seven Seconds”) won lead-acting awards when they were their shows’ only nomination, and multiple other performers won when their shows had fewer than a handful of noms like Jeff Daniels (“The Newsroom”) and Jon Cryer (“Two and a Half Men”). Will Youssef follow in their footsteps and collect another trophy to bookend his Globe, or will Levy finally pick up his first Emmy for acting?