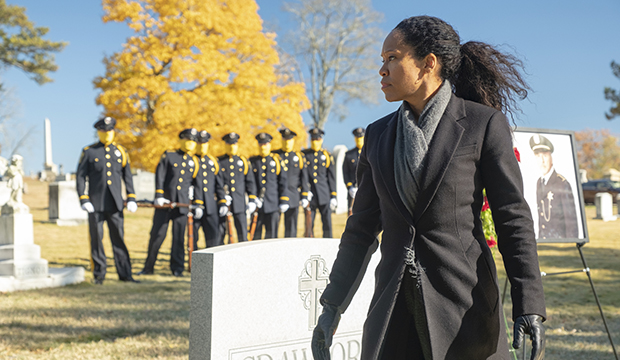 It’s Regina King‘s Emmys, and we’re just living in it. The “Watchmen” star is the overwhelming favorite to score Best Limited Series/TV Movie Actress, which would not only give her a fourth Emmy in six years but make her the first Black actress to win the category twice.

King already has experience breaking this kind of ground. With her back-to-back victories for “American Crime” in 2015 and ’16, she became the first Black thespian to win Best Limited Series/TV Movie Supporting Actress multiple times (she’s the category’s fifth Black champ).

With 16/5 odds, King is way out in front of No. 2 Cate Blanchett (“Mrs. America”), who sits at 39/10. “Watchmen,” whose portrait of race in America is more relevant now than ever, leads the way with a whopping 26 nominations and looks headed for a big night on Sunday. It’s already won four statuettes on the third night of the Creative Arts Emmys. Plus, King has wins under her belt for playing Sister Night, taking home the Critics’ Choice Award for Best Drama Actress — “Watchmen” competed as a drama in the winter — and the Television Critics Association Awards’ gender-neutral drama acting category.

In third place in our odds is “Unorthodox” breakout Shira Haas at 4/1, followed by Kerry Washington (“Little Fires Everywhere”) and Octavia Spencer (“Self Made”), each at 9/2. 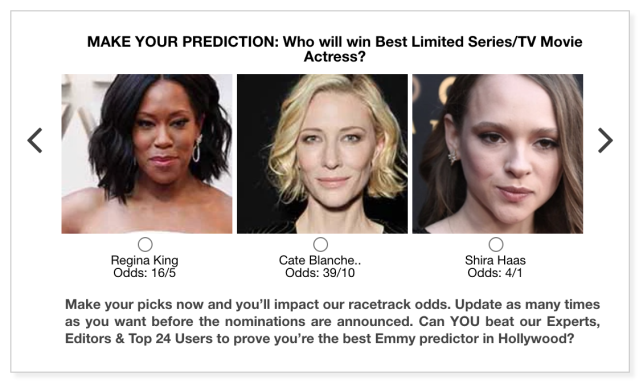