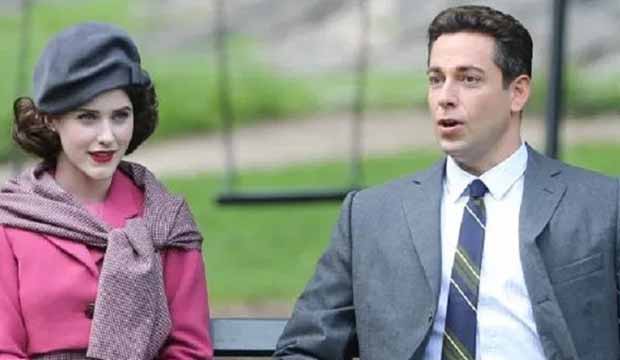 Zachary Levi is so many things to so many people. For TV fans, he is Chuck Bartowski in the NBC series “Chuck” as a secret agent who manages to somehow find his way to success in his super-secret espionage missions. To film fans, Levi is Shazam!, a DC Comics superhero whose initial film outing grossed over $366 million internationally. And to theater fans, he is Georg Nowack in the celebrated 2016 revival of “She Loves Me,” for which he earned a Tony Award nomination.

Let’s just say that this guy can walk and chew gum at the same time. One thing that he hasn’t often done, however, is to guest star on other actors’ series, but he memorably did it this past season on Amazon’s “The Marvelous Mrs. Maisel.” As Dr. Benjamin Ettenberg, he caused our hearts to be broken when, as a potential (and perfect) love interest for Midge Maisel (Rachel Brosnahan), she dumped him to concentrate on her career as a stand-up comic. No, Midge, what are you thinking? Nonetheless, Levi’s Dr. Ettenberg made an enormous impression, and maybe, just maybe, he will return.

As well as his Tony bid, Levi has received several film nominations for “Shazam!” and for his voice work on the Disney animated musical “Tangled,” as well as television awards recognition for his performance on “Chuck.” And as a member of the “Mrs. Maisel” ensemble, Levi picked up a Screen Actors Guild Award last year for Best TV Comedy Ensemble.

In the Gold Derby horse race, Levi is sitting in fifth place and is a strong candidate for a nomination but, in this crazy year, any nomination is far from assured. Who are your favorites for Best Comedy Guest Actor?