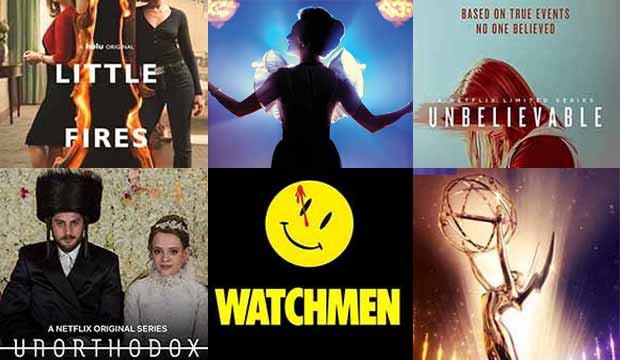 It’s Emmy Sunday, and that can only mean that our talented and blunt Gold Derby forum posters — many of whom are industry insiders hiding behind cyber handles — are busy giving us their reactions to the 72nd Annual Primetime Emmy Awards.  They don’t not mince words when it comes to their thoughts on TV’s biggest night.

The ceremony had many cheering but left just as many infuriated when it came to the night’s winners and losers in the TV movie and limited series categories. What were the upsets that left them absolutely bewildered? Which winners were they cheering for the most? And which defeats struck our users the hardest?

Below, you can take a look at a sampling of the praise and pointed criticism that was leveled at this year’s ceremony. Read more and have your say here.

Stranger Among Us: Not quite the sweep but yay Watchmen

Miles: I haven’t watched Watchmen but Unbelievable is some of the best TV I’ve ever seen. Sad it got no love

Philip: damn, I love Mark, but Paul was amazing

Atypical: I never lost faith in Mark Ruffalo!!! Most deserved win of the night!

maxinho: This is the first time in 27 years a lead actor won here as the only nomination for his limited/miniseries.

DvirBA: Yay for Ruffalo!!! Most deserving win of the night

ENGLAND: Regina!!!!!!!!! So deserved. We need another season of Watchmen

Atypical: Get it, Regina! “SAY HER NAME!”

methaddiction: YAHYA!!! Yes! Regina and Yahya winning for the masterpiece that is A God Walks Into Abar we love to see it.

Sir Shaw: Dr. Manhattan is now an Emmy winning character, you love to see it

Philip: Jim Parsons was robbed. He was incredible.

Hoster1: Good for her, even if she’s like 5th best Supporting Actress in her show haha.

Villeneuve: Uzo was great in Mrs America, even tho she was the one with the least material given, anyway that whole cast was perfect, any supporting actress from that show would have been deserving (those nominated or not)

marty: DO I FEEL GOOD FOR STICKING WITH UNORTHODOX IN DIRECTING!

Atypical: “Watchmen” couldn’t avoid the vote-split in Directing! Wow. I thought if this happened, Lynn Shelton would be the benefactor.

Stranger Among Us: Damon Lindelof coming for that win after being snubbed so many times for The Leftovers

William Gillquist: Trevor should have won. He’s the only one who’s quality wasn’t hurt by the Pandemic.

wolfali: Nailed It and The Masked Singer were like nah.