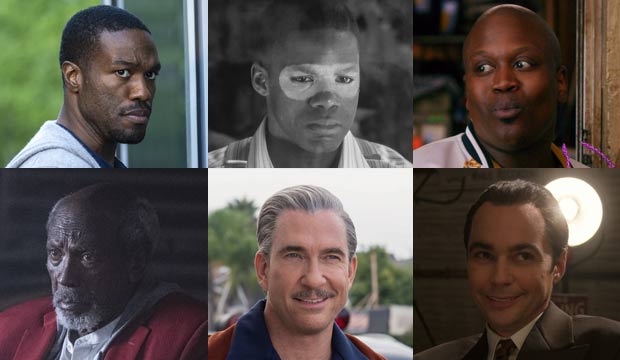 Abdul-Mateen is entering the “Watchmen” episode “A God Walks into Abar,” which aired December 8 on HBO. This is his first career nomination.

Adepo is entering the “Watchmen” episode “This Extraordinary Being,” which aired November 24 on HBO. This is his first career nomination. Enjoy our recent video chat with Adepo.

Burgess is entering the “Unbreakable Kimmy Schmidt” entire movie, which streamed May 12 on Netflix. This is his fifth career nomination. Enjoy our recent video chat with Burgess.

Gossett is entering the “Watchmen” episode “See How They Fly,” which aired December 15 on HBO. This is his eighth career nomination with a win for “Roots.” Enjoy our recent video chat with Gossett.

McDermott is entering the “Hollywood” episode “Meg,” which streamed May 1 on Netflix. This is his second career nomination. Enjoy our recent video chat with McDermott.

Parsons is entering the “Hollywood” episode “Outlaws,” which streamed May 1 on Netflix. This is his ninth career nomination with four wins for “The Big Bang Theory.” Enjoy our recent video chat with Parsons.