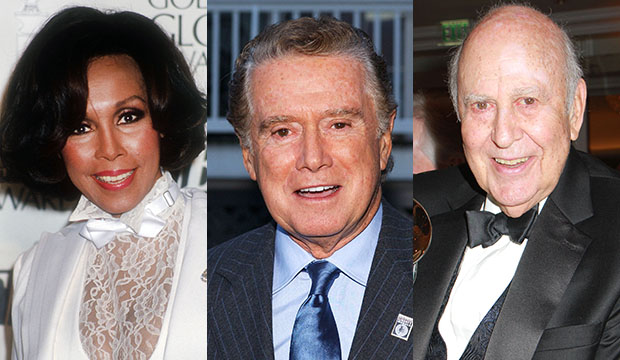 For Sunday’s Primetime Emmy Awards ceremony on ABC, producers will have the always difficult task of assembling a memoriam segment. Even though the event hosted by Jimmy Kimmel will be virtual, it’s a certainty they will include the popular “In Memoriam” on the show.

With over 100 television veterans having died since last year’s mid-September ceremony, those expected to be honored would include such TV legends and TV Academy Hall of Fame members:

Carl Reiner (producer/writer/actor for “Your Show of Shows,” “The Dick Van Dyke Show”)

Even though they weren’t known for their TV work, it’s very likely NBA Hall of Famer Kobe Bryant and blockbuster film actor Chadwick Boseman will be honored. Also among the dozens most likely included since they are familiar Emmy winners or nominees:

Among over 70 other TV veterans who have died this past 12 months, that list include actors, directors, writers, producers, executives and crafts people (some Emmy and guild contenders; others not):