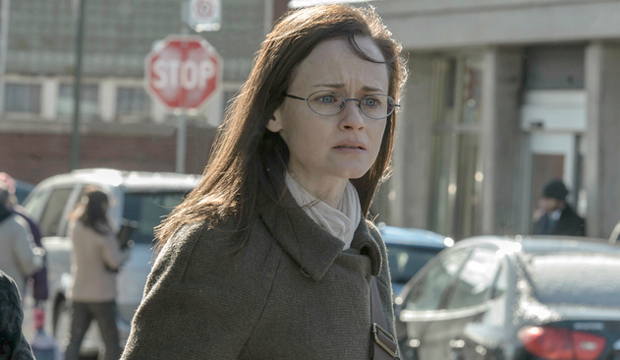 For the third season of Hulu’s television series adaptation of Margaret Atwood‘s “The Handmaid’s Tale,” Alexis Bledel has earned another Primetime Emmy nomination for her performance as Dr. Emily Malek. She ended up winning as a guest actress for the first season in 2017, and was nominated as a supporting actress for the second season a year later. Now, she’s nominated again as a guest actress for her performance in the episode, “God Bless the Child.”

In that episode, Emily reunites with her wife, Sylvia (Clea DuVall), and their son, Oliver, up in Canada. The memory she had of them carried her through the endless tortures she experienced while she was in Gilead. While looking around in Oliver’s room, full of family photos, she realizes they haven’t forgotten about her at all while she was away. Emily and Sylvia’s reunion may be bursting with the unsaid, but so much appalling baggage now sits between them.

Can Alexis Bledel win a second Emmy three years after her first victory? Let’s dive into the pros and cons.

SEEWill ‘The Handmaid’s Tale’ dominate drama supporting actress at the Emmys once again? Here’s why you could be underestimating it

PROS
“The Handmaid’s Tale” has done quite well in the acting categories within the last three years. Not only did Bledel win as a guest actress for the first season, but Ann Dowd had also won for her supporting role as Aunt Lydia as did Elisabeth Moss for her leading role as June Osborne/Offred. For the second season, Samira Wiley won Best Drama Guest Actress for her role as Moira Strand. When the remaining episodes of season two debut were eligible for last year’s Emmys, “The Handmaid’s Tale” managed to sweep through both Drama guest acting categories with Bradley Whitford and Cherry Jones winning for their respective roles as Commander Joseph Lawrence and Holly Maddox.

CONS
Despite the third season doing pretty well in Emmy nominations this year (receiving 10 bids overall), it still underperformed with Moss missing a spot in Best Drama Actress and only receiving three acting nominations (Whitford and Wiley are both nominated for their supporting roles), which is a big downfall from the eight acting noms it received for the second season. Not to mention that Bledel has already won for the first season, so that could be another strike against her. This is the fifth consecutive year of the voting system where voters can no longer rank the nominees. It is now a plurality vote, where whatever receives the most votes wins. With that in mind, we haven’t seen as many repeat winners as usual.