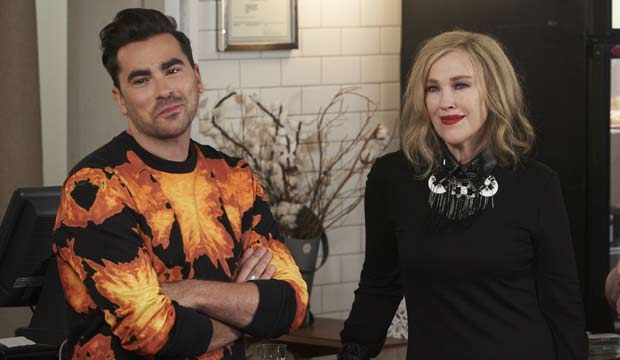 Levy plays David Rose on the Pop hit, the son of a rich family that goes through a sort of rebirth when they’re forced to live in the small town of Schitt’s Creek. His potential Emmy-bound cast members include Catherine O’Hara, Eugene Levy and Annie Murphy. This would be Levy’s first career Emmy win on his first acting bid; he was previously nominated last year for producing “Schitt’s Creek,” which lost to “Fleabag.”

To compare, Shalhoub is an Emmy darling, having won three times in Best Comedy Actor for “Monk” (2003, 2005-06) and once in Best Comedy Supporting Actor for “The Marvelous Mrs. Maisel” (2019). However, Shalhoub is not unbeatable for this current role. The first time he was nominated for playing Abe in 2018, he lost to Henry Winkler (“Barry”).

As for the other two Emmy Experts, Shawn Edwards (WDAF-TV Fox) and Tim Gray (Variety) both pick Sterling K. Brown (“The Marvelous Mrs. Maisel”) to win for his role as Reggie, Shy Baldwin’s (Leroy McClain) manager. Brown is already a two-time Emmy champ for “The People v. O.J. Simpson” (2016) and “This Is Us” (2017).