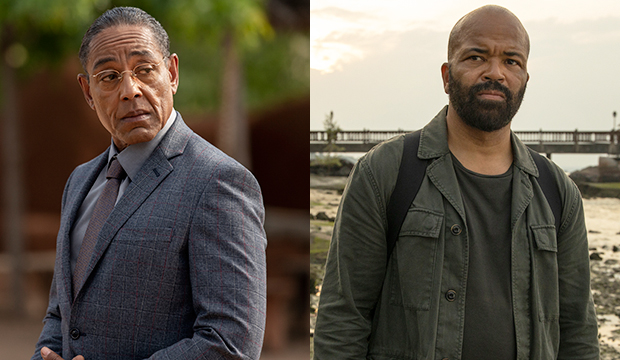 This year’s Emmy slate features a person of color nominee in every acting category, including two, Giancarlo Esposito (“Better Call Saul”) and Jeffrey Wright (“Westworld”), in Best Drama Supporting Actor — the only long-running acting category without a Black champ. In a year of civil unrest and with a record 34.3 percent of all acting nominees being Black, might history be made in September?

Both actors have been nominated in this category before, as they are two of the 11 Black men who’ve earned 20 nominations between them since the Emmys established genre-specific acting categories in 1970. Esposito was first shortlisted in 2012 for “Breaking Bad” and returned last year for reprising Gus on “Better Call Saul.” Wright, who won an Emmy in 2004 for his supporting turn on the HBO miniseries “Angels in America,” made the cut for “Westworld” in 2017.

Since Esposito’s first nomination, the only other Black nominee in drama supporting actor was Ron Cephas Jones, who contended alongside Wright in 2017 for “This Is Us.”

In 2018, when Wright upgraded to lead and Jones won in guest, drama supporting actor was the only category without a person of color nominee — even more notable after all four guest categories went to Black performers for the first time. Last year, there were multiple acting races without non-white nominees.

In our early odds, Esposito sits in fifth place and Wright is right behind in sixth. Crudup leads the way, followed by Culkin in second, Macfadyen in third and Whitford in fourth; Braun is in seventh and Duplass is in eighth. But with five people nominated against a co-star, that could help out the solo nominees, Esposito, Wright and Whitford, who won this award in 2001 for “The West Wing” and prevailed in guest last year for “Handmaid’s.”

SEE Emmys diversity: Record number of Black actors is just as interesting as who wasn’t nominated

Neither “Better Call Saul” nor “Westworld” lit up the nominations. The latter grabbed 11 bids, its worst showing yet in three seasons, and missed series for the first time. “Better Call Saul” got into series, but underperformed with just seven nominations, with perennial nominees Bob Odenkirk and Jonathan Banks getting snubbed, and Rhea Seehorn once again left out in the cold. Esposito, however, surprised with two individual bids, his other in guest for “The Mandalorian,” which stunned with a series nomination. Could he pull an Ann Dowd, who in 2017 notched a guest bid for “The Leftovers” and won in supporting for “Handmaid’s”?

Best Drama Supporting Actor became the last long-running acting category not to have a black champ following Viola Davis‘ Best Drama Actress victory for “How to Get Away with Murder” in 2015. Even the short form acting categories, which were added in 2016, have produced one thus far, for Kim Fields in short form actor on “Dicks” in 2017.