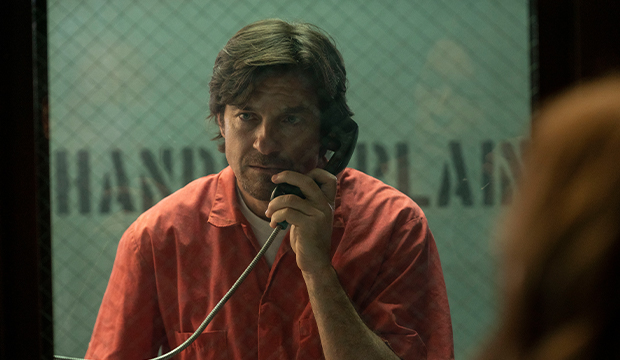 Jason Bateman pulled off a shocking Emmy upset last year when he dethroned “Game of Thrones” in the Drama Directing category for his work on “Ozark.” Now he’s back in hopes of scoring his first win as an actor. Bateman competes in Drama Actor for “Ozark” but also has a thrilling entry in the Drama Guest Actor category for his memorable role as doomed Terry Maitland on HBO’s “The Outsider.” In his efforts to claim that victory, he has submitted the episode “Fish in a Barrel” for consideration.

Terry Maitland is a beloved family man in his town. As he coaches the local little league game, officers storm across the baseball diamond and place him under arrest for the gruesome murder of a young boy. Detective Ralph Anderson (Ben Mendelsohn) has amassed physical and testimonial evidence that Maitland is guilty of the heinous crime. During flashbacks of each witness’s testimony, we see Terry abduct a boy and drive him to the woods, which the coach later emerges from covered in blood.

The only issue is that Maitland has an airtight alibi. Evidence pours in placing him at a work conference on the day of the young boy’s murder. He vehemently denies any wrongdoing during many embarrassing interrogations. As a shadowy figure stalks Maitland’s family, detective Anderson must piece together how a man can be in two places at once.

The entire episode is built around Bateman’s character. The central mystery revolves around two conflicting accounts of Terry’s whereabouts. So, this series premiere spends plenty of time building him up as a responsible family man, and following that up with his supposed nefarious deeds. This adds up to an impressive amount of screen time for Bateman, who is a major focus throughout the pilot.

The episode depicts two opposing views of Terry, providing Bateman the chance to showcase an impressive range. He has powerful scenes demonstrating his dedication and love as a parent and friend. Then in the testimonies he gets to play a devious, shifty version of the character.

Bateman is the only nomination for “The Outsider,” which is surprising considering the caliber of the cast and creative team on this series. It’s quite difficult to win an Emmy when you’re the sole nominee representing your series. Just ask Cameron Britton (“Mindhunter”) who was predicted by many to claim this category in 2018, only to be bested by Ron Cephas Jones (“This is Us”).

The novelty of seeing Bateman dive into dramatic work after spending years focused on comedy might have been a bigger selling point had voters not already embraced his gritty performance on “Ozark.” That Drama Series nominee has provided him with an impressive dramatic showcase, so voters aren’t going to feel like he is demonstrating anything “new” with this “Outsider” performance.