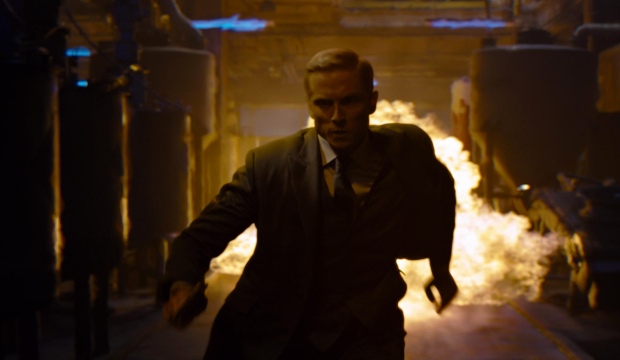 “Most Dangerous Game” is the only nominee this year for Best Short Form Comedy or Drama Series that is not an extension of an existing series. The 15-episode action thriller contends at the 2020 Emmys against three companion pieces to full-length series (“Better Call Saul,” “The Good Place,” “Star Trek: Discovery”) and “Reno 911!,” which has been revived in short form after a past life at full length.

Online tie-ins to “Better Call Saul” and “The Late Late Show” respectively won in 2017 and 2018. The former was on track last year to win again for its non-narrative “Employee Training” instructional advertisements, only to be disqualified for being too short — even for Short Form — and replaced by “State of the Union.” That original 10-episode miniseries, which had aired on SundanceTV, went on to sweep the field. It won Best Short Form Actor for Chris O’Dowd, Best Short Form Actress for Rosamund Pike and Best Short Form Comedy or Drama Series for director Stephen Frears, writer Nick Hornby and their four fellow executive producers. It was a welcome upset in a field that had become so dominated by franchises that networks could be forgiven from shying away from funding original programming.

This spring saw the launch of Quibi, an entire streaming service dedicated to original short-form programming. With networks like Adult Swim, ABC, BET, Funny or Die, History, Netflix and SundanceTV that had previously been nominated in the Best Short Form Comedy or Drama field not fielding a single contender, Quibi easily dominated with 10 nominations, including a Best Short Form Actor nomination for Christoph Waltz in the platform’s flagship title, “Most Dangerous Game.”

The eponymous game of the drama is a big-game hunt of an obliging person over 24 hours in a specified city. Waltz plays the organizing businessman and Liam Hemsworth plays the terminally-ill man who puts his life on the line as the prey in the first season, which is set in Detroit. The ordered second season is set for writer Nick Santora‘s hometown of New York.

SEEIs Laurence Fishburne (‘#FreeRayshawn’) the Meryl Streep of the Emmys?

Director Phil Abraham is a past Emmy nominee for “The Sopranos” and winner for “Mad Men,” but it is his background as executive producer and original director of “Daredevil” that is felt most in his work on this high concept. The season hops so quickly between explosions and fistfights that the characters have little time to ruminate on the class commentary that is inherent in the premise. That the season ends with the game clocking 24 hours accentuates how the plot’s dystopian themes are a mere backdrop to the set-pieces of this thrill ride that Abraham is adept to deliver.

Abraham, Hemsworth and Santora are credited on the Best Short Form Comedy or Drama Series nomination with the remainder of their fellow executive producers. A win for these six men would represent a vote of confidence from the industry to Quibi and an appetite for further original storytelling in short form.