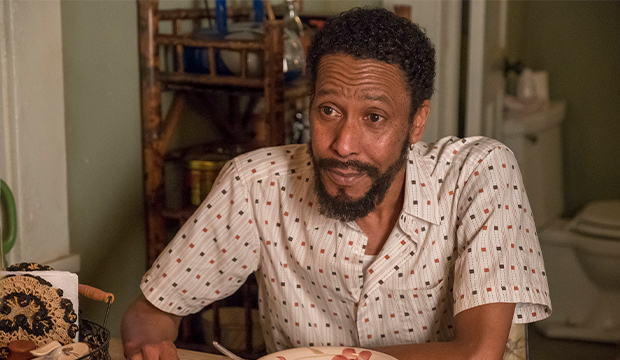 Ron Cephas Jones extends his nomination streak to four this year for his performance as William Hill in “This Is Us.” Previously winning Best Drama Guest Actor in 2018, he and Sterling K. Brown are now the only actors to get nominated for all four seasons of the NBC drama. This time around, Jones is submitting the episode “After the Fire,” which involves Randall (Brown) imagining what his life would have been like had he saved Jack (Milo Ventimiglia). This includes the ideal version, in which a young Randall meets his biological father, William, who greets him kindly, and the worst-case scenario, where William dismisses him outright.

In the first hypothetical situation, we see William hesitant at first but ultimately warm and generous with his time. He gives young Randall his book of poems written specifically for him. He also agrees to get treatment for his drug addiction, integrates into the family and gets an early diagnosis of stomach cancer when it is still treatable, all thanks to Randall. On the flip side, the worse hypothetical features William coldly denying any kind of relationship with his son before it can start. We see later in the episode, though, that William has saved newspaper clippings of all of Randall’s accomplishments.

Can Jones win his second Emmy? Let’s weigh the pros and cons.

Jones is an undeniable Emmy favorite at this point, continuing to be recognized even with brief screen time. Even though “This Is Us” was dropped from Best Drama Series for the first time this year, he managed to hold on again. If voters don’t know where to go in Best Drama Guest Actor, it is easy to imagine them falling back on Jones, who is also playing one of the most likable characters in the category.

The episode is also a strong showcase for Jones’s range, playing William as the warm, sensitive soul we’ve come to know and love over four seasons but also the ornery, stubborn person he could have been. This is a side of him that fans haven’t really seen in the first three seasons, and voters could be impressed by how differently he portrays the two different hypothetical stories. His screen time may be brief, but Jones does have a certain gravitas that makes each of his scenes rich with layers that compel you as a viewer and may very well compel Emmy voters to check his name.

SEE Sterling K. Brown Interview: ‘This Is Us’ and ‘The Marvelous Mrs. Maisel’

While Jones getting in without “This Is Us” in Best Drama Series could be interpreted as a sign of strength for him, it could also be seen as a negative. After doing well in the acting categories for the first three seasons, Season 4 netted only three nominations for its actors, a new low. If support really is waning, then it’s hard to justify Jones collecting a win here when his competition includes shows that appear to be much more loved by the academy’s acting branch, like “Succession” and “The Morning Show.”

Screen time could also be an issue when most of Jones’s scenes in “After the Fire” are so brief. Most of his scenes are only a minute or two long and some of his time is spent simply reacting to others. If voters are diligently watching the episode submissions, it is hard to compete against people like Andrew Scott, who is in almost every moment of his “Black Mirror” episode, and Jason Bateman, who is a big part of the pilot of “The Outsider.”