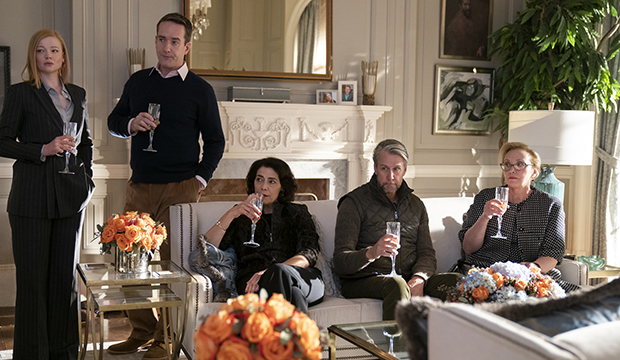 “The Practice” was the last show to accomplish this feat, winning the first of its two consecutive series statuettes in 1998. The David E. Kelley legal drama was one of three shows in the ’90s to first nab Best Drama Series with its second season, the first two of which were catch-up cases. “NYPD Blue” topped nominations for its first season in 1994, but lost drama series to defending champ “Picket Fences.” The next year, “ER” was the new “NYPD Blue”: a freshman breakout hit that led nominations only to fall short for the top prize — to “NYPD Blue,” which marked the only time the police procedural won. “ER” won its first and only drama series Emmy the following year.

A midseason replacement in March 1997, “The Practice” got no nominations for its six-episode first season. But it generated four bids for its 28-episode second season, winning three: drama series, supporting actress for Camryn Manheim and guest actor for John Larroquette (it lost writing).

Since then, every Best Drama Series winner has snagged its first win for one of two seasons until now: the first or the fifth.

Unlike “The Practice,” “Succession” did get some Emmy recognition for its debut season, winning two awards — writing and main title theme — from five bids, which included drama series, last year. But the buzz and love absolutely exploded for its second season and claimed the top prizes at the Globes, Critics’ Choice Awards, Producers Guild and Writers Guild of America Awards in the winter, making it the Emmy front-runner all season. Its only hiccup was at the Screen Actors Guild Awards, where it was blanked completely, but that ultimately meant nothing because “Succession” scored a whopping nine acting Emmy bids after getting zero last year.

Besides drama series, “Succession” also won drama actor for Jeremy Strong, writing for Jesse Armstrong (who duplicated another Kelley feat — he’s the first to go back to back since Kelley did it in 1990-91 for “L.A. Law”) and directing for Andrij Parekh on Sunday. It won three other awards at the Creative Arts ceremonies: guest actress for Cherry Jones, casting and editing.