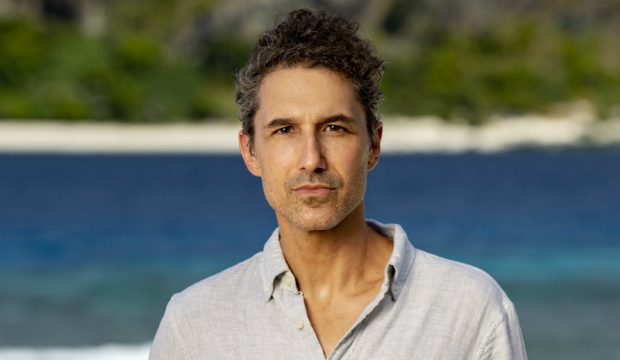 After winning “Survivor: Africa” and competing in “Survivor: All-Stars,” fan favorite contestant Ethan Zohn had to step away from the game for 16 years because of his cancer diagnosis. Now in remission, Ethan finally returned in “Survivor: Winners at War” … only to be voted out in the third episode when his “old school” alliance with Rob Mariano and Parvati Shallow was targeted by the “new schoolers.” “I’m not afraid of Edge of Extinction, because I’ve been to the Edge of Extinction having to go through cancer,” Ethan declared in his post-show exit interview. “I think I have the mental strength to get through it.”

Ethan had his torch snuffed by Jeff Probst and then decided to bequeath his fire token to Parvati on his way to Extinction Island. There, he met up with the first three eliminated players from Season 40: Natalie Anderson, Amber Mariano and Danni Boatwright. “Hello, it’s Ethan,” he told them with a big smile on his face. “I think my alliance with Boston Rob and Parvati didn’t go so well.”

Now that Ethan is an inhabitant of the deserted island, he’ll have to shift focus from strategizing to looking for clues. Natalie found all three secret advantages so far and sold them to players in the proper game for their fire tokens: an immunity idol to Sandra Diaz-Twine, a “safety without power” advantage to Jeremy and a “steal a vote” to Sarah.

The preview trailer for next week hints at a potential medical evacuation at the Edge of Extinction, with a doctor being heard asking, “Do you feel like you’re gonna faint?” Could Ethan’s health be in danger yet again, or is Natalie, Amber or Danni in trouble instead? We’ll all find out on Wednesday, March 4.