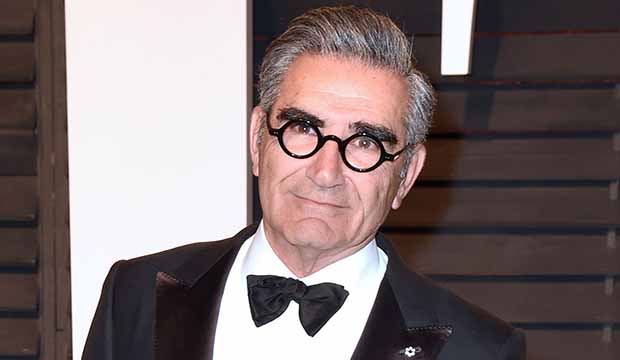 Gold Derby can exclusively reveal that Eugene Levy is entering the “Schitt’s Creek” episode “The Pitch” as his 2020 Emmy Awards submission for Best Comedy Actor. This program aired March 24 and was the 12th episode of the sixth season for the Pop TV show.

In this installment, Johnny (Levy), Stevie and Roland are off to New York city for a big pitch meeting to venture capitalists. They find out bad news that Mike Morrison is actually in South Africa and will not be there. People in the meeting make fun of Johnny during his presentation.

Levy won two Emmys for writing the variety series “SCTV” in 1982 and 1983. He now has his 12th and 13th career nominations (for producing and acting this year). For this 2020 contest, he is competing against previous winners Ted Danson (“The Good Place”) and Michael Douglas (“The Kominsky Method”), past nominees Anthony Anderson (“black-ish”) and Don Cheadle (“Black Monday”) and rookie contender Ramy Youssef (“Ramy”).