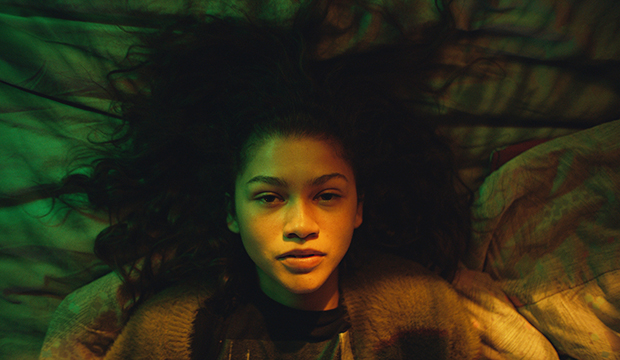 After surprising everyone with her Best Dram Actress Emmy bid for HBO’s “Euphoria,” Zendaya — who was in ninth place in our nomination odds — could pull off yet another upset by parlaying her inaugural nom into a victory. Our odds currently have her in fourth place behind “Ozark’s” Laura Linney, “The Morning Show’s” Jennifer Aniston and “The Crown’s” Olivia Colman (“Killing Eve’s” Jodie Comer and Sandra Oh round out the lineup in fifth and sixth, respectively), but here’s why I believe she will have reason to be euphoric on Sunday.

1. She was singled out from her show

Of “Euphoria’s” six nominations, Zendaya is its only one for acting (and above the line in general). The passion the actress needed to be singled out from her show could be strong enough to push her all the way over the finish line, like it may have been for Billy Porter (Best Drama Actor for “Pose,” 2019), Regina King (Best Limited Series/TV Movie Actress for “Seven Seconds,” 2018), Donald Glover (Best Comedy Actor for “Atlanta,” 2017), Louie Anderson (Best Comedy Supporting Actor for “Baskets,” 2016), Rami Malek (Best Drama Actor for “Mr. Robot,” 2016), Tatiana Maslany (Best Drama Actress for “Orphan Black,” 2016) and Maggie Smith (Best Drama Supporting Actress for “Downton Abbey,” 2016) — all of whom won as their respective shows’ lone representative in the acting categories.

Even though four of those seven actors contended for program nominees, “Euphoria’s” lack of one might not be a strike against Zendaya. Programs require membership-wide support as their categories are voted on by the TV academy at large, but actors only need the backing of the actors’ branch, since all non-program categories are voted on by corresponding peer groups only. In drama actress, Maslany and 2015 champ Viola Davis (“How to Get Away with Murder”) managed to prevail without their series nominated, the former as “Orphan Black’s” sole nom, so it’s within reason that Zendaya can pull it off as well.

Just last year, at 25, “Ozark’s” Julia Garner became the youngest Best Drama Supporting Actress winner since 1979’s champ Kristy McNichol (“Family”); at 21, “When They See Us’” Jharrel Jerome became the second youngest Best Limited Series/TV Movie Actor victor (and the first to triumph in his 20s); and at 26, Comer became the youngest Best Drama Actress winner. At 24, Zendaya could now break that record. What the actress has that none of her five rivals do is the same breakthrough glow that might have tipped the scale in Comer and Maslany’s favor when they triumphed over bigger names in their respective lineups.

For the past five years, the drama actress honor has gone to performers who’d never before bagged an Emmy, with “The Crown’s” Claire Foy and “The Handmaid’s Tale’s” Elisabeth Moss winning in 2018 and ’17, respectively. This year, only Colman, Oh and Zendaya could extend that trend. Colman, a three-time nominee, and Oh, a 12-time nominee, respectively, are arguably more overdue; the former is also a recent Best Actress Oscar champ for “The Favourite” (2018), while the latter has two Golden Globe and four Screen Actors Guild Awards under her belt. With Zendaya, who has never won an industry award, Emmy voters have the chance to catapult her further into stardom (even before Denis Villeneuve‘s “Dune” is released in December).

Most known for her turns in Disney’s “Shake It Up” (2010-13), “The Greatest Showman” (2017), “Spider-Man: Homecoming” (2017) and its 2019 sequel “Far From Home,” Zendaya plays against type on “Euphoria,” in which she portrays Rue Bennett, a 17-year-old who returns home from rehab after a near fatal drug overdose just in time for her junior year of high school. The actress gets to dig into the complexities of her character and run the gamut of emotions in the first season, as Rue faces numerous setbacks, navigates her relationship with Jules (Hunter Schafer), goes through grueling episodes of depression — you name it. Zendaya also gets to show off her range as the show’s narrator and with an impressive song-and-dance number, “All for Us” — which just took home the Emmy for Best Original Music and Lyrics — that closes the season. On the whole, she gives the type of immersive turn that’s helped her five predecessors ascend the podium. 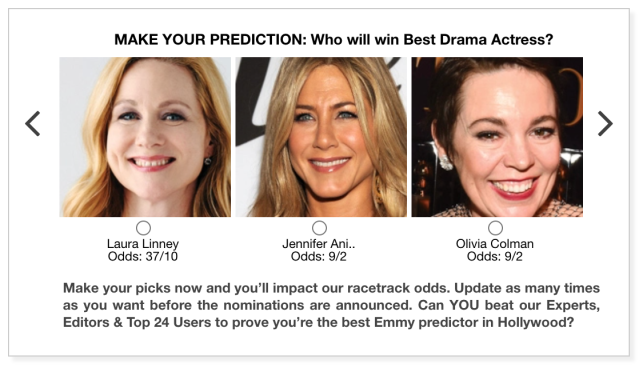