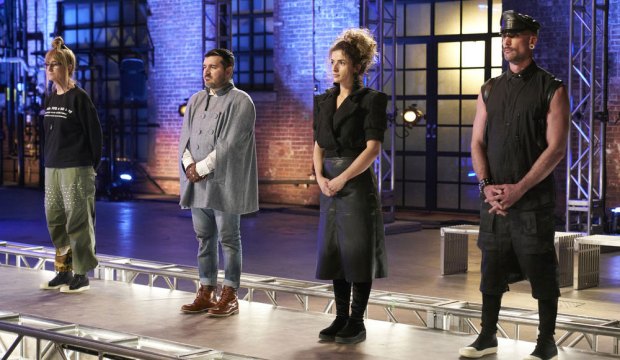 I don’t know about you, but I thought all four of the final  “Project Runway” designers who competed at New York Fashion Week did themselves proud both with their distinctive looks and how they grew as artists.

Geoffrey Mac, who was named the winner of Season 18 — making him the oldest winner at age 42 –overcame his penchant for dithering at Mood. Victoria Cocieru almost quit in the middle of the competition after throwing a diva fit as she struggled with an outfit that was supposed to be sheer. But she managed to get her act together enough to be safe from being cut. Nancy Volpe-Beringer — the oldest contestant — had a habit of repeating the same type of baggy trouser. But she came through when it counted as she featured in her collection a pant suit that was impeccably tailored .

SEE Designers who quit ‘Project Runway’: Who left the show and why?

And last but not least, Sergio Guadarrama actually took advice from someone for the first time, namely in-demand stylist Karla Welch. After some consternation, he agreed to sew a navy blue fishnet-looking T-shirt that pulled his look together quite nicely.

For some reason my eyes moistened quite a bit as I watched each runway show. These four with their distinctive quirks and personalities really made Season 18 a step above from Bravo’s initial reboot of the reality show after it left Lifetime. And both host Karlie Kloss and mentor Christian Siriano felt more comfortable in their roles than they were on Season 17 — despite the outcry over Kushner-gate.

My big regret was we never really got to see what became of Sergio’s fermenting bathtub kombucha that he wanted to turn into leather. I noticed one of his models had a small leather-looking white purse with fringe on it but nothing else

But there were some memorable moments on the finale even beyond the designs themselves. Take the poll below and pick as many choices as you want by refreshing the page after each time. And feel free to leave your own comments about the finale and its outcome below.