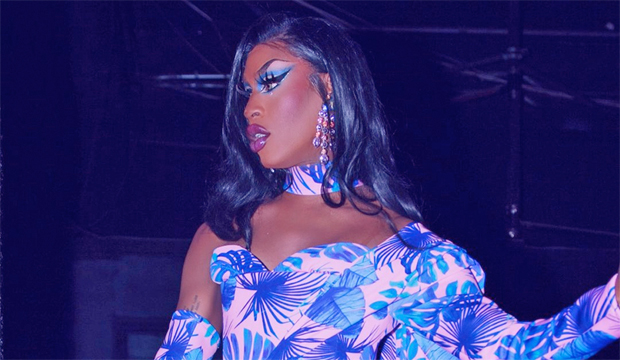 Now that the fifth season of “RuPaul’s Drag Race All Stars” is in the rear-view mirror, it’s time to vote for your favorite champion of all time. Don’t forget, even though there’s only been five “All Stars” installments, there are actually six winners since Monet X Change and Trinity The Tuck tied in 2019. The most recent champion is Shea Coulee, while the initial three were Chad Michaels, Alaska and Trixie Mattel. Vote for your favorite crowned queen in our poll below, and then defend your choice in the comments section.

“All Stars 1” (2012)
Following the original fourth season in which she placed second to Sharon Needles, Chad Michaels became the series’ first All Star champion. As an impersonator, most of Chad’s looks are inspired by Cher, but in many ways that is just a jumping off point for her extremely polished showgirl style of drag. Chad beat runner-up Raven on November 26, 2012.

SEE‘RuPaul’s Drag Race’ viewers think Jujubee should have won ‘All Stars 5,’ but it was a close vote [POLL RESULTS]

“All Stars 2” (2016)
The second installment of All Stars aired four years later and saw the returning queens lip syncing for their legacy instead of for their life. After previously losing to Jinkx Monsoon in Season 5, Alaska prevailed on the back of four challenge wins and with the protection of an alliance with her former cast mates. Alaska beat runners-up Detox and Katya on October 13, 2016.

“All Stars 3” (2018)
Trixie Mattel returned for her second appearance on the reality TV series after a premature exit on Season 7, which Violet Chachki ultimately won. With charting singles and a hit web series already under her belt, Trixie topped nine other all stars in a season that featured a new jury twist. She beat runner-up Kennedy Davenport on March 15, 2018.

“All Stars 4” (2019)
Monet X Change contended in this edition right after placing sixth to eventual winner Aquaria on Season 10. Trinity the Tuck only made it to third place on Season 9 of the main show, which was won by Sasha Velour, before her return as an All Star. In the end, host RuPaul Charles couldn’t decide on a winner so she determined it was a tie in the February 15, 2019 grand finale.

“All Stars 5” (2020)
Shea Coulee previously made it to third/fourth place on Season 9 of the main show but won this fifth All Star edition during the July 24, 2020 finale. She beat out co-runners-up Miz Cracker and Jujubee. During this installment there was a “Lip Sync Assassin” twist in which former contestants returned to battle the week’s challenge winner.