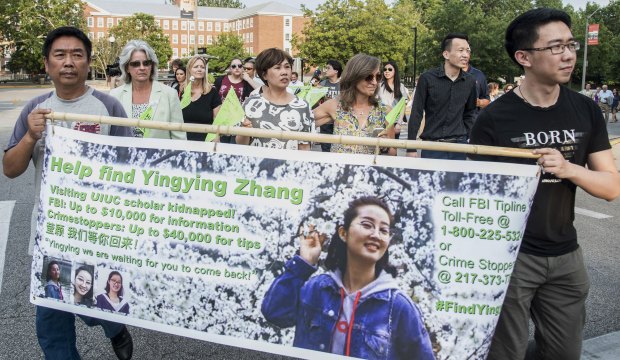 True-crime is a popular genre of documentary these days, yielding multiple Emmy wins for nonfiction series like “The Jinx,” “Making a Murderer” and “Wild Wild Country.” But they haven’t been as common at the Oscars. The tragic story chronicled in “Finding Yingying” could change that.

“Finding Yingying” tells the story of the disappearance of Chinese graduate student Yingying Zhang attending an American university, after which her family travels to the US from their home country to learn what happened to her. But while it deals with crime, it’s not just a procedural about the justice system. It’s also personal, as director Jenny Shi embeds with the Zhang family and draws parallels between herself and Yingying: they were the same age and both attended Peking University in China before traveling to the US.

The film was set to premiere earlier this year at the SXSW Festival, which was cancelled due to the COVID-19 pandemic, though the documentary was still awarded a Special Jury Prize by the organization. It later screened at the Middlebury New Filmmakers Festival and Doc NYC before being released by MTV Documentary Films on December 11. As of this writing it’s 100% fresh on Rotten Tomatoes, with reviewers calling it “haunting,” “personal,” “tender” and “evocative.”

And though true-crime tends to generate more watercooler discussion on the small screen, where projects like “Tiger King” and “The Vow” have generated much media attention this year alone, the Oscars have also responded to tragic stories of violent crime. The motion picture academy awarded “O.J.: Made in America” (2016), which explored the titular football player’s life, career, and trial for the murder of his ex-wife Nicole Brown and her friend Ronald Goldman.

The Oscars also nominated “Paradise Lost 3: Purgatory” (2011), about the wrongful conviction of young men accused of murder; and “Strong Island” (2017), Yance Ford‘s film about the murder of her brother, whose killer was free by a grand jury without being charged. Could this heartbreaking story also strike a chord with the academy documentary branch?