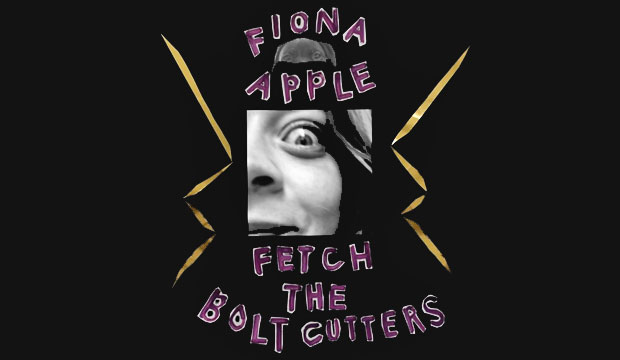 Fiona Apple has always been a critics’ darling, but eight years is a long time away, so how are reviewers greeting “Fetch the Bolt Cutters,” which was released on April 17 eight years after “The Idler Wheel” back in 2012? Well, absence clearly made their hearts grow fonder because they seem to think it’s just about perfect.

Like, literally perfect. As of this writing it has a perfect MetaCritic score of 100 out of 100 based on 17 reviews counted thus far — suffice it to say all of those reviews are positive. Nine of those reviews score it 100, and all but one of them are 90 or above. And she manages to keep improving her critical notices over time: “When the Pawn” (1999) scored 79 on the review aggregator, “Extraordinary Machine” (2005) scored 84 and the aforementioned “Idler Wheel” scored 89. Maybe if she releases another album she’ll break the scale for good.

I say if she releases another album because Apple tends to bee reclusive. Not only is this her first album in eight years, it’s only the fifth album of her entire quarter-century-long career. She makes music on her own schedule, no one else’s. I’m reminded of a lyric from her earlier song “Better Than Fine” from “Extraordinary Machine”: “I don’t believe in the wasting of time / But I don’t believe that I’m wasting mine.”

The parade of adjectives being used to describe “Fetch the Bolt Cutters” includes “breathtaking,” “astonishing,” “intimate,” “glorious,” “rich” and “indulgent only in the right ways.” It “demonstrates a refusal to be silenced.” “It might even be Apple’s best album.” And she probably won’t care if she wins any Grammys for it — when she won an MTV Video Music Award in 1997 she famously called the world “bullshit” and urged people not to take their cues from famous taste-makers — but “it is album-of-the-year contender material” as well.

Apple’s only Grammy win to date was Best Female Rock Vocal Performance for “Criminal,” which is still her biggest mainstream hit. But she has been nominated for every album since: Best Alternative Album and Best Female Rock Vocal (“Paper Bag”) for “When the Pawn,” Best Pop Album for “Extraordinary Machine” and Best Alternative Album again for “The Idler Wheel.” Could she finally add Album of the Year to that list? Check out some of the reviews below and join the discussion on this and more here with your fellow music fans.

Lindsay Zoladz (New York Times): “I am floored by this record. I hear freedom, too. These songs make some breathtaking hairpin turns, like the sudden sweep into the gorgeous, plinking chorus of ‘I Want You to Love Me’ that ultimately splinters into wild yelps that, to my ears, conjure Yoko Ono. It’s the first glaring indicator that the rest of these songs are not going to conform to patriarchal ideas of propriety — most of the time they seem to be aiming to directly defy them.”

Laura Barton (The Guardian): “The unhurried artist’s first studio album in eight years is astonishing, intimate and demonstrates a refusal to be silenced … It’s striking how intimate Apple’s voice sounds here – half-conversational, half-self-mutters, allowing every scuff, breath and feral yelp … The result is that this seems not so much an album as a sudden glorious eruption; after eight long years, an urgent desire to be heard.”

Chris Willman (Variety): “Indulgent only in the right ways, it might even be Apple’s best album. But as she says in one of the songs, ‘No love is like any other love, so it would be insane to make a comparison,’ so maybe we’ll forget about rankings and just affirm that it is album-of-the-year contender material … it’s good, in a rich and deep way that’ll have you reaching for headphones and a lyric sheet to rediscover different choice morsels in the coming weeks or months.”

Claire Shaffer (Rolling Stone): “For longtime fans who are expectantly, perhaps giddily, steeling themselves for another brutal LP from Apple, ‘Fetch the Bolt Cutters’ will not disappoint … ‘Bolt Cutters’ is what happens when those outside influences that have crept behind her for her whole life are buried away, leaving a person to figure out what confidence or self-worth can be found away from the spotlight.”