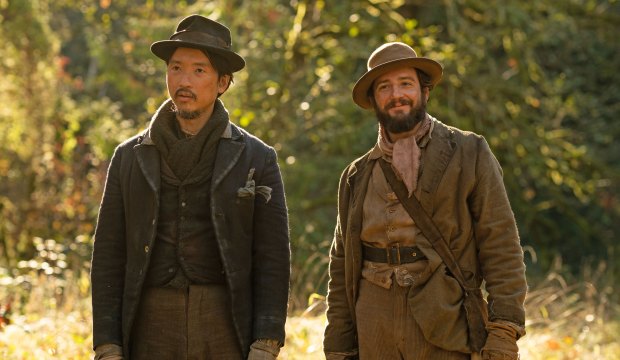 For her eighth feature film, Kelly Reichart returned to the American frontier to tell the story of a baker from the Northeast (John Magaro) and a Chinese immigrant (Orion Lee) who together build a profitable baking business in the Oregon Territory using the stolen milk from the area’s first milk cow. Based on a script she co-adapted with Jonathan Raymond from his novel “The Half Life,” Reichardt works within her wheelhouse of the American West as a setting to provide one of the year’s strongest indie films. Could it be her first Oscar contender?

Reichardt is one in a growing number of American independent filmmakers who could finally break through into the mainstream and catch the eye of the academy. Directors that have already made that jump after a series of successful indie films include Wes Anderson, Richard Linklater, Barry Jenkins, and David O. Russell.

Jenkins is perhaps the most successful of those with the Best Picture and Best Adapted Screenplay wins for “Moonlight,” his second feature that came eight years after his debut “Medicine for Melancholy.” But it’s Linklater who most resembles Reichart in building a strong and deep set of films prior to his biggest Oscar success, the 2014 film “Boyhood.”

One stop on the awards trail where Reichardt has already found love for “First Cow” is the IFP Gotham Awards. On November 12 the group announced its nominees, including four for the film: Best Feature, Best Screenplay, Best Actor (Magaro), and Breakthrough Actor (Lee). The Best Feature nomination marks Reichardt’s fourth in the category, following noms for “Old Joy” in 2006, “Meek’s Cutoff” in 2010, and “Certain Women” in 2016.

The Gotham nominations are a sign that Reichardt could be looking at a very rewarding season. Of her previous nominees, both “Meek’s Cutoff” and “Certain Women” went on to be named by the prestigious publication Cahiers du Cinema as a top 10 film in their respective years, capping off seasons of best-in-independent-films recognition for both of them.

Reichardt films also do well at the Independent Spirit Awards. Personally she’s been nominated by the group five times, including Best First Feature and Best First Screenplay in 1996 for her debut “River of Grass” and Best Director for “Certain Women.” The latter of those also earned an acting nomination for Lily Gladstone, as did 2008’s “Wendy and Lucy” for Michelle Williams. “Wendy and Lucy” is her only film to also earn a Best Feature nomination from the group, though 2007’s “Old Joy” was nominated for the John Cassavetes Award that recognizes the entire creative team.

SEE‘The Trial of the Chicago 7’: How many Best Supporting Actor Oscar nominations will it get? It could be historic

With “First Cow,” despite tremendous co-lead performances by Magaro and Lee and a featured performance from Gladstone, its best chances with the academy may lie in other categories. A24 has proven its strength as a distributor when it comes to getting independent films seen and recognized by academy members. The studio had an especially great three-year run from 2015-2017 with Best Picture and Best Director nominations for “Room,” “Moonlight” and “Lady Bird,” and since 2015 the company has amassed a haul of eight Oscar nominations for writing, including the win by “Moonlight.” So Reichardt is very much in contention to add to that rich tradition of directors and writers backed by A24.

“First Cow” had its world premiere in 2019 at the Telluride Film Festival, but was first released in theaters in March 2020 and then made available through VOD in July. The film was also the first DVD screener sent to academy members this year, which could be especially advantageous in a year when the COVID-19 pandemic shut down much of the industry and made at-home viewing the norm. It currently holds a score of 89 on Metacritic and a 96 percent rating on Rotten Tomatoes. So keep your eye on it in the coming weeks and months.