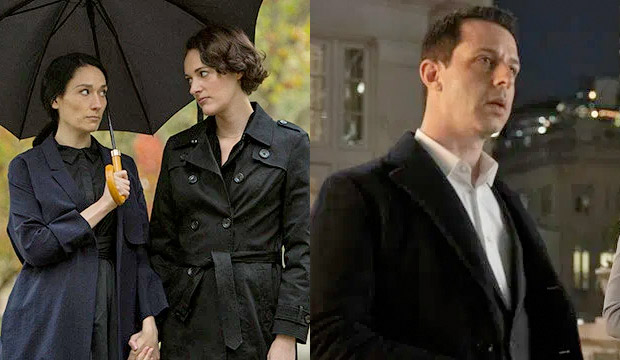 The winners for the 10th Critics’ Choice TV Awards were revealed Sunday, January 12 on CW in a ceremony hosted by Taye Diggs at the Santa Monica Airport. (See the full winners list.) Heading into the evening, Netflix’s “When They See Us” was the overall nominations leader with six, followed by “Schitt’s Creek” and “This Is Us” with five apiece. The members of the Broadcast Television Journalists Association rubber-stamped many of the reigning Emmy winners from last September, but there were also more than a few big surprises. See our play-by-play of all the TV winners below.

As Gold Derby predicted, the Best Comedy Supporting trophies went to actress Alex Borstein (“The Marvelous Mrs. Maisel”) and actor Andrew Scott (“Fleabag”). Oddly enough, both were presented at the same time, and both stars were decked out head to toe in red. Borstein joked her victory was “a huge honor, but not a huge surprise” — not because she’s already won two Emmys for this role, but because “I was raised by two of the harshest critics in the world.” Scott noted at the podium how he’s so glad he and Borstein shared “the same tailor and same passion for red.”

For the Best Drama Supporting categories, the recipients were actress Jean Smart (“Watchmen”) and actor Billy Crudup (“The Morning Show”). Both performers star in series that just aired in the fall, so the Emmys have yet to weigh in. Smart thanked the critics for watching literally “everything” on television and championed her creator Damon Lindelof for mixing science fiction with historical fact. Crudup called his experience on “The Morning Show” “really incredible” and thanked creator Kerry Ehrin for writing his “killer part.”

Best Drama Actor was a surprise victory for Jeremy Strong (“Succession”), who was strangely snubbed by both the Emmys and Golden Globes. Calling his victory “miraculous,” an emotional Strong announced, “All I’ve ever wanted my whole life was to have the chance to work as an actor on this level.” Likewise, Best Drama Actress went to someone who wasn’t the odds-on favorite: Regina King (“Watchmen”). King was not in attendance to accept her trophy in person.

Moving on to Best Limited Series, the critics went with “When They See Us,” avenging its recent loss at the Emmys to “Chernobyl” and its cruel snub at the Golden Globes. “Thank you to the critics for finally letting us take the stage!” exclaimed showrunner Ava DuVernay as the audience was up on its feet. She called her true-to-life miniseries an “act of love” dedicated to the Exonerated Five, formerly known as the Central Park Five.

The statuette for Best Comedy Actress was awarded to Phoebe Waller-Bridge (“Fleabag”), no big surprise as she previously took home the Emmy and Golden Globe. At the podium the actress/writer/producer noted how her crazy week on the awards front gave her a “really sexy voice.” As for Best Comedy Actor, two-time Emmy champ Bill Hader (“Barry”) was named the winner but he was not on hand to accept his trophy.

There was a tie for Best Talk Show, with “The Late Late Show with James Corden” and “Late Night with Seth Meyers” both accepting prizes. These talkers are routinely shut out of the Emmy Awards thanks to “Last Week Tonight with John Oliver,” so it was great to see fresh blood take the stage for once. Best Comedy Special was awarded to Norman Lear‘s “Live in Front of a Studio Audience,” with the legendary producer receiving the biggest standing ovation of the night.

Skipping over to the final two acting categories of the evening, the absent Michelle Williams (“Fosse/Verdon”) won Best Limited Series Actress while the present Jharrel Jerome (“When They See Us”) won Best Limited Series Actor. Of course, this is the same duo that won Emmys last September. Being celebrated by the critics was “everything” to Jerome, as he grew up paying a bit too much attention to their movie reviews. He name-checked the Exonerated Five and then was sure to thank his mother.

The final two TV trophies of the evening went to “Fleabag” for Best Comedy Series and “Succession” for Best Drama Series. Waller-Bridge made a surprise announcement on stage that the person partially responsible for creating Scott’s character of Hot Priest was Jennifer Lopez thanks to her song “Jenny From the Block.” The “Succession” producer dedicated the award to Jesse Armstrong, the show’s creator who’s “hard at work on Season 3 back in London.”