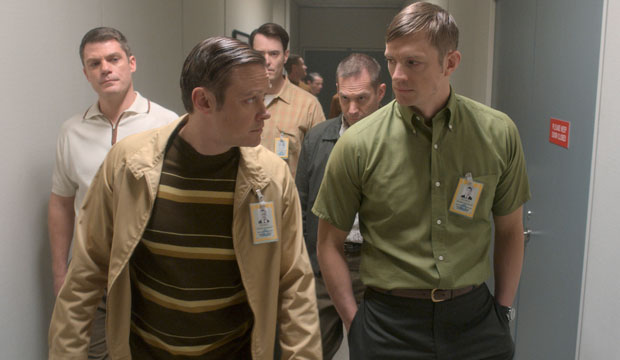 “My job is to tell the story of each person’s world,” notes Jill M. Ohanneson, costume designer for the Apple TV+ show “For All Mankind.”

That means Ohanneson designs many worlds for the diverse characters caught up in the U.S. vs. Soviet space race during the 1960s and ’70s. But “For All Mankind” takes a new, bold “What if …?” approach by flipping history to ask: What would the world look like if the Soviets had beaten the U.S. to the moon?

Ohanneson at least shows us what she believes the fashions would look like. The past Emmy nominee (“Six Feet Under”) now creates distinctive costumes for 20 to 30 characters per episode as they battle intrigue at NASA, life and death up in the sky, and dark feelings back at home with families who worry about success and safety.

SEEWatch our in-depth with ‘For All Mankind’ costume designer Jill M. Ohanneson

“My main creative approach was making sure the costumes were as authentic and real as possible in order to offset the fact that we were creating an alternate reality,” Ohanneson says. “We need costumes to help anchor the viewers in Houston in the late ’60s and early ’70s, and it was very important that the costumes be appropriate for that part of the country vs. what was going on in high fashion N.Y. or beach casual L.A. These are people who shop Sears, Montgomery Ward and J.C. Penney, not Neiman Marcus.”

Jill starts with research and creates mood boards, then shares her ideas with show runner and creators: Ronald D. Moore, Matt Wolpert and Ben Nedivi. “The main feedback I get is whether or not I have gone in the right direction for each of the individual characters,” she says. “Are they too fashionable or should they be more conservative or bolder in color and pattern to help tell their individual stories?”

Jill and her team make most of the men’s shirts. Back in the ’60s & ’70s, men wore t-shirts under their shirts, so these shirts have to have a bit more room to accommodate an extra layer. And like many period pieces, Jill outfits the cast right down to their underwear, and, yes, the ladies all wear pantyhose.

“My driving philosophy is that I am a character-based designer whose job is to help deliver the narrative through the choices I make for each character’s costumes,” Ohanneson says. “Where did they come from? Where are they now and where are they going? I do this by using color, pattern, texture, silhouette and the way the clothes actually fit to realize and enhance the overall creative vision.”

For All Mankind is in its second season on Apple TV+.