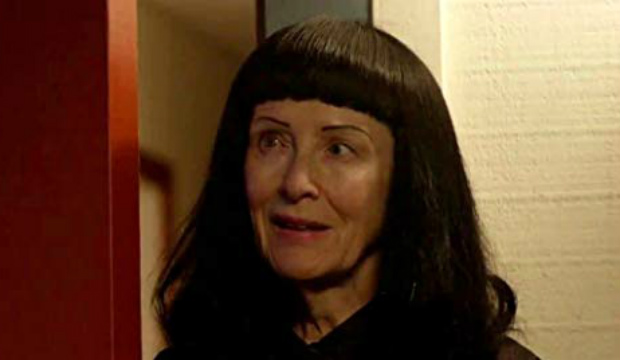 Fans of “American Horror Story” agree Frances Conroy is the show’s secret weapon, with a versatility that ranges from a witty fashionista to the Angel of Death. There is a quiet intensity to many of Conroy’s performances that makes her one of the show’s most captivating cast members. It all began in Season 1 with Moira O’Hara, a ghost maid who appears as her seductive younger self to straight men with wandering eyes while presenting as herself to everyone else. She earned an Emmy nomination for the role, ultimately losing to her onscreen sparring partner Jessica Lange. Check out our photo gallery above to see all of Conroy’s “AHS” characters ranked worst to best.

She returned in a smaller role for “Asylum” as Shachath, the Angel of Death. The winged spirit appeared to those on their deathbed, to whom she gave a kiss of death. Conroy’s presence increased for Season 3, “Coven,” when she played the quick-witted witch with an eye for fashion and a shock of red hair, Myrtle Snow. She nabbed another Emmy nomination for this role but once again lost to a co-star, Kathy Bates. In “Freak Show” she played Gloria Mott, a wealthy mother of the most spoiled child in the world, Dandy (Finn Wittrock).

Conroy would take a season off and return for a small role in “Roanoke.” In meta fashion, she played an actress in “My Roanoke Nightmare” who was playing the role of Mama Polk, the matriarch of an inbred family. She similarly had a small role in Season 7, “Cult,” as a feminist cultist named Bebe Babbitt. We saw her try to incite Kai (Evan Peters) into running for office in order to trigger female rage. She then reprised her roles as Myrtle and Moira in the next season, “Apocalypse.” It remains to be seen if Conroy will return for the landmark 10th season of “American Horror Story” but fans would surely welcome her compelling presence.