“Patrick’s writing just transports you … painting these wildly eccentric, slightly larger-than-life characters and yet rooted in this reality,” said Michelle Pfeiffer when discussing the novel that inspired her new film “French Exit,” which was the closing night selection at the virtual 2020 New York Film Festival. The novel and the screenplay were both penned by Patrick deWitt, whose writing is “funny, witty, really smart and sophisticated, unapologetic and at the same time incredibly moving.” Watch Pfeiffer’s Q&A with co-star Lucas Hedges and director Azazel Jacobs above.

Pfeiffer stars as Frances Price, a widow who transplants herself and her son Malcolm (Hedges) from New York City to Paris as their finances fall apart. There’s also a cat, and a psychic medium, and a private investigator, and other characters who enter their lives in unusual and often absurd ways. “I felt immediately so connected to the story,” Jacobs explained, though he himself didn’t know why at first. But he knew he wanted to adapt the novel faithfully. “I know sometimes with adaptations people want to push away from the book, but in this case we kind of used the book as the testament to keep leaning on.”

Hedges was drawn to the story for unusual scenes like one in which a distraught Frances sharpens a knife in a dark kitchen. “It was funny,” Hedges explains, “but it was funny in a way that pointed out something about humans, which is that most of us are kind of insane I think. There’s a motor and an engine running in us that we rarely give voice to.” Malcolm’s actions didn’t always make sense to Hedges, but that was part of what interested him.

General audiences can unravel these mysterious characters themselves on February 12, 2021, when the film is scheduled to be released in the US by Sony Pictures Classics. That means it’s still an Oscar contender since the motion picture academy decided to extend the eligibility period to February 28 due to the COVID-19 pandemic. Pfeiffer has been nominated three times before (for “Dangerous Liaisons,” “The Fabulous Baker Boys” and “Love Field”), while Hedges was recently nominated for “Manchester by the Sea” when he was just 20-years-old. Neither has won yet. Do you think this film will do the trick? 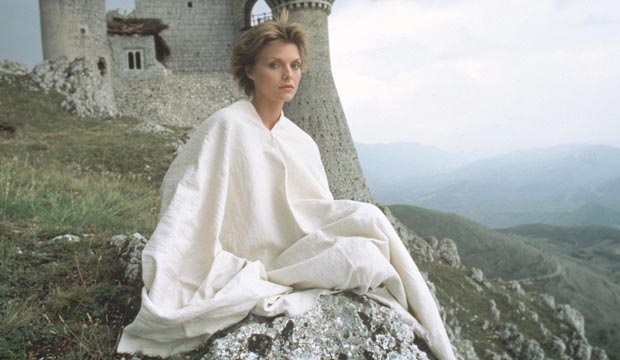