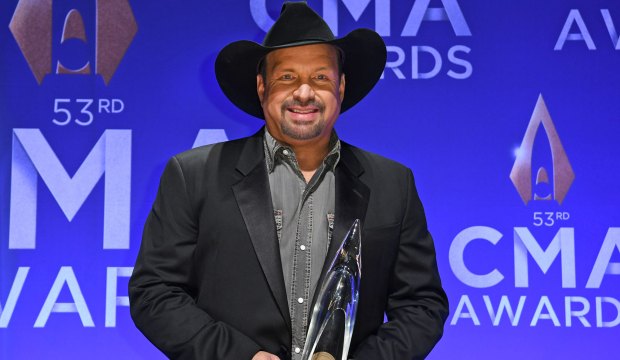 We don’t know yet who will be nominated for the 2020 Country Music Association Awards, but we know one person who won’t be winning Entertainer of the Year. As reported by the Tennessean, country icon Garth Brooks, is withdrawing himself from consideration for the top prize, which he has won seven times, far more than any other artist.

Brooks said, “There’s one tweet in there that really stuck in my head. It said, ‘Hey, man. This guy, why doesn’t he just step down (and leave) the entertainer for the next generation?’ 100% agree … With all the love in the world, we are officially pulling ourselves out of ‘Entertainer of the Year.'” Brooks won most of his awards during his 1990s heyday, taking home the prize in 1991, 1992, 1997 and 1998. But then he made a comeback at the awards, winning three times in the last four years (2016, 2017, 2019) despite his much more limited output of new music over that period.

SEE‘Folklore’ is Taylor Swift’s best album by far, according to critics

His 2019 victory seemed especially curious. That ceremony was hosted by Carrie Underwood with Dolly Parton and Reba McEntire, and the event shined a light on women in the country music industry, so his victory over Underwood was illustrative of just how far the industry still has to go. Despite being one of the biggest crossover country stars of the 21st century, Underwood has never won Entertainer of the Year and has only been nominated twice.

Only seven female acts have won Entertainer of the Year at the CMA Awards, and only two in the last 20 years: The Chicks (2000) and Taylor Swift (2009 and 2011). Hopefully the CMA’s entertainers for the next generation will include more women.