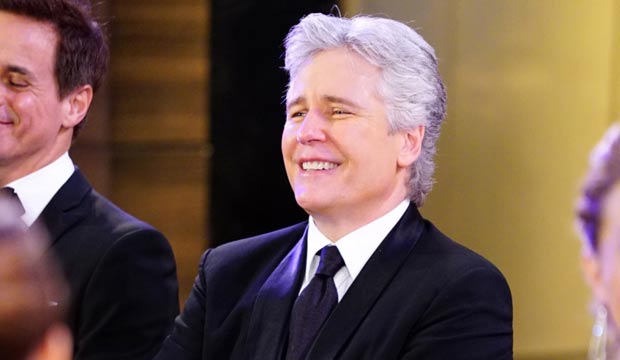 Michael E. Knight joined “General Hospital” in 2019 as attorney Martin Grey, who represented imprisoned villainess Nelle (Chloe Lanier) as she tried to win her freedom from prison, and also Franco (Roger Howarth) whose mental competence was questioned after he was implanted with the memories of Drew Cain. Now Knight is nominated for a Daytime Emmy for Best Guest Performer. And that’s actually a historic achievement. He is now the first actor ever nominated at every level over the course of his career: younger, supporting, lead and now guest acting.

It took decades for anyone to be nominated at the three acting levels that existed for most of the Daytime Emmys’ history. Howarth was the first, nominated as a younger and supporting actor for “One Life to Live” in the 1990s and then as a lead in 2004 for “As the World Turns.” Many followed in subsequent years, including Steve Burton (“GH”), Beth Ehlers (“Guiding Light”), Heather Tom (“The Young and the Restless” and “The Bold and the Beautiful”) and Vincent Irizarry (“GL” and “All My Children”), just to name a few.

Knight himself joined that exclusive club in 2005 when he earned a leading nomination for playing Tad Martin on “AMC” after having contended in younger and supporting races. But at that point the guest-acting award hadn’t been presented since 1987. The academy brought that category back in 2015, and now Knight is the first performer to complete the grand slam. But can he win? He prevailed three times before: Best Younger Actor in 1986 and 1987, and then Best Supporting Actor in 2001, all for his famous “AMC” role as Tad. This is his eighth nomination overall and his first in 15 years, so perhaps the soap veteran is due for a welcome-back hug.