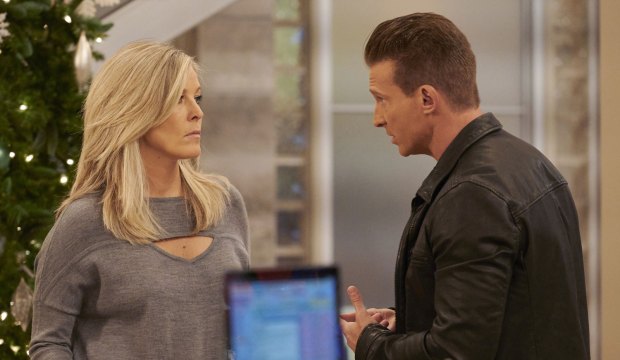 “General Hospital” isn’t filming any new episodes while the coronavirus pandemic necessitates social distancing to limit the spread of the disease. The good news is that the show has a stockpile of episodes built up that will keep it on the air for a couple of months even with the work-stoppage. The bad news is that those episodes may run out before the show goes back into production. So “GH” is stretching out its supply with “Flashback Friday” episodes starting on April 3.

Soap operas don’t usually do reruns, but desperate times call for desperate measures. That said, flashback episodes also provide the audience a rare opportunity to take a walk down memory lane. The four remaining soaps on the air have aired tens of thousands of episodes, but you can’t go back and stream them on Netflix or Hulu at will like a lot of classic primetime shows (though you can find many classic scenes and story highlights on YouTube). So there’s a wealth of soap opera history just waiting to be mined.

The first flashback episode “GH” will air will be its 56th anniversary show, which was originally broadcast exactly one year earlier on April 3, 2019. That special episode was itself a walk down memory lane as the show celebrated the late actress Susan Brown (who played Dr. Gail Baldwin): Gail’s dying wish brought the major characters together for a scavenger hunt through the hospital to reminisce and reconcile.

These flashbacks will keep “GH” on the air for a while longer. “The Bold and the Beautiful” and “The Young and the Restless” will eventually have their own episode supply issues as they also film weeks in advance. But “Days of Our Lives” has enough episodes stocked up to last it through the fall. What do you think the soaps should do if they run out of filmed material before social distancing measures are relaxed enough to resume production?