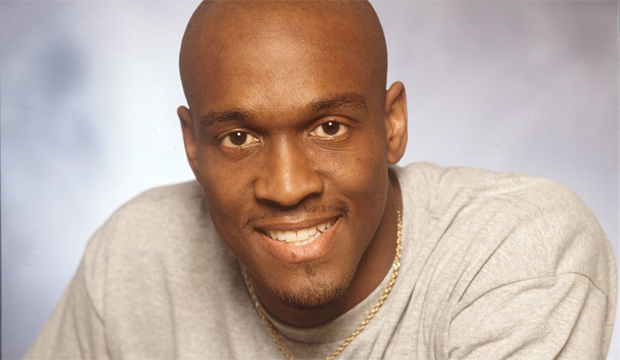 This summer marks the 20th anniversary of “Survivor” premiering on CBS, and Gervase Peterson is now speaking out about his experience. “I honestly don’t have any regrets” about either of the two times he played, he tells EW.com. This fan-fave original castaway came in seventh place in “Borneo” (2000) and third place in “Blood vs. Water” (2013). “It changed my life, and I have loved every minute of playing it.” Gervase also opens up about what he’d change about the long-running reality TV show, proclaiming, “I would make ‘Survivor’ more equally diverse.”

He continues, “For years, it was a standard of one Black man and one Black woman. That’s just terrible. Also, more diversity in casting and production. This would help in a more diverse cast and the telling of the diverse cast stories and not labeling them with negative stereotypes. It’s been long overdue.” Over the first 40 seasons of “Survivor,” only one Black woman (Vecepia Towery) and three Black men (Earl Cole, Jeremy Collins, Wendell Holland) have claimed the $1 million check — see the winners list.

Gervase, 50, who at the time of “Borneo” was a 30-year-old YMCA basketball coach, notes that he would like future installments to be cast “more like Season 1 with a better representation of the average person.” He admits, “After Season 1, the cast was more ‘Hollywood’ with a lot of good looking and ripped in-shape players. The great thing about season 1 was that fans watching the show could see themselves in the cast. It made them believe they could play the game. That was one of the constant things I heard from the fans.”

Did anything memorable happen out on the island that didn’t make it to TV? “I had an alliance with Ramona Gray and Joel Klug,” he declares. That’s shocking indeed, considering many “Survivor” aficionados credit Richard Hatch with creating the first reality TV show alliance. Gervase explains, “I approached Ramona and on the boat ride to the island and we made a deal to never vote against each other. When we made it to the island, I made the same deal with Joel. Our plan was to have the numbers by the merge and pick of Tagi one by one. We couldn’t get the rest of Pagong to agree to do that and that’s exactly what Tagi did to us, but I had that plan and made my alliance from day one.”

SEESonja Christopher still a ‘Survivor’ fan 20 years after being first person voted off: Tony Vlachos is a ‘loose cannon’ but ‘it worked for him’

Two decades later, Gervase is still proud to be a “Survivor” viewer. “I still think it’s a great show and it keeps evolving to stay fresh and entertaining. There have been a lot of great seasons over the years, but Season 40 has been my favorite,” he says, referring to the “Winners at War” spectacle that resulted in Tony Vlachos winning the $2 million grand prize.

Gervase adds, “It was very intriguing and had so many layers to it. They were all former winners, they knew each other, it was a mix of old school players and new school players, the coins, Edge of Extinction, the opportunity to get back in the game, the two million-dollar prize. Also, for me, I knew most of the players and watching how some of them had to change their game play and some not change their game play from the way they played and won was great to watch.”